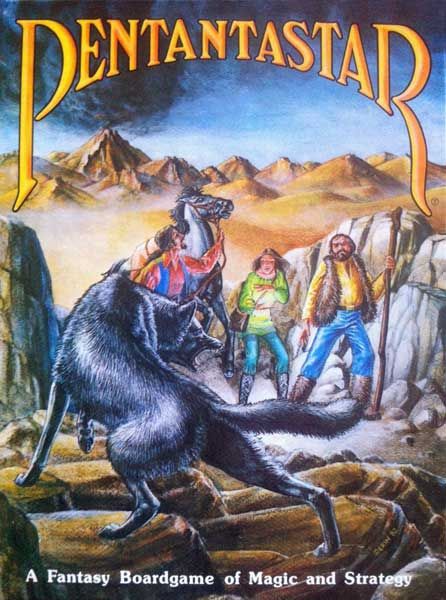 Players control the East and the West factions. Either East or West can win by military or by magic forces. Armies of mounted and foot soldiers and fleets of ships contest victory by capturing key places. But even a military victory depends upon control of magic. As magic releases powers of earth, air, water, light, and fire, the wizards grow in strength, volcanoes erupt, storms sweep the mountains and seas, and the creatures of magic join the struggle for both sides. When all five charms are assembled, the completed Pentantastar is a dangerous weapon. If carried to Lug Balor, the East wins, if carried to the Wizard Council, the West wins. Victory depends upon taking advantage of military and magic opportunities, and surviving immediate threats, disasters, and treachery.