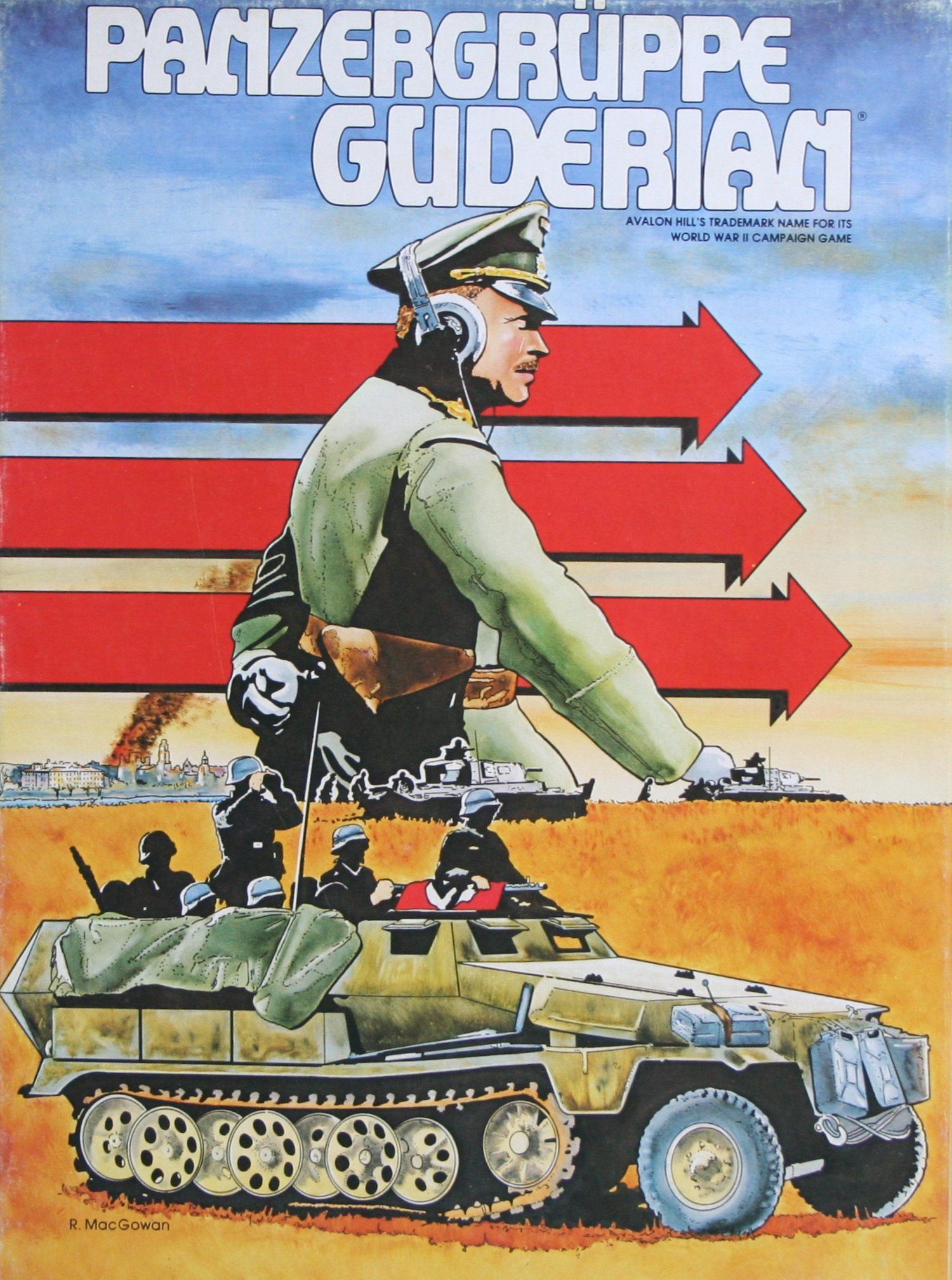 Panzergruppe Guderian is a simulation of the German campaign to capture Smolensk in July, 1941. The game is played in twelve turns, each one representing 2 days time, on a map scale of 10.5 km/hex. The game is famous for its innovative use of "untried" Soviet units. These untried Soviet counters enter play face down, their combat strength unknown to either player, until they take part in combat, at which time they are flipped to reveal their strength and defense numbers. The game also models the effectiveness of German operations by allowing them a full mechanized movement phase both before and after combat, while the Soviets only move prior to combat. In addition, if all of a German division's regiments attack or defend in the same hex, their strength is doubled by a divisional integrity bonus. The German player scores victory points for the capture of cities, and for any Soviet units redirected from the Southwestern Front. The Soviet player scores vp for recaptured cities and destroying entire German divisions (which possess several steps of strength). The game includes: 1 map, counters (AH edition = 260; SPI edition = 200), 1 6-sided die, 1 Soviet reference card, 1 German reference card, 1 rules book, and 1 advanced rules insert.