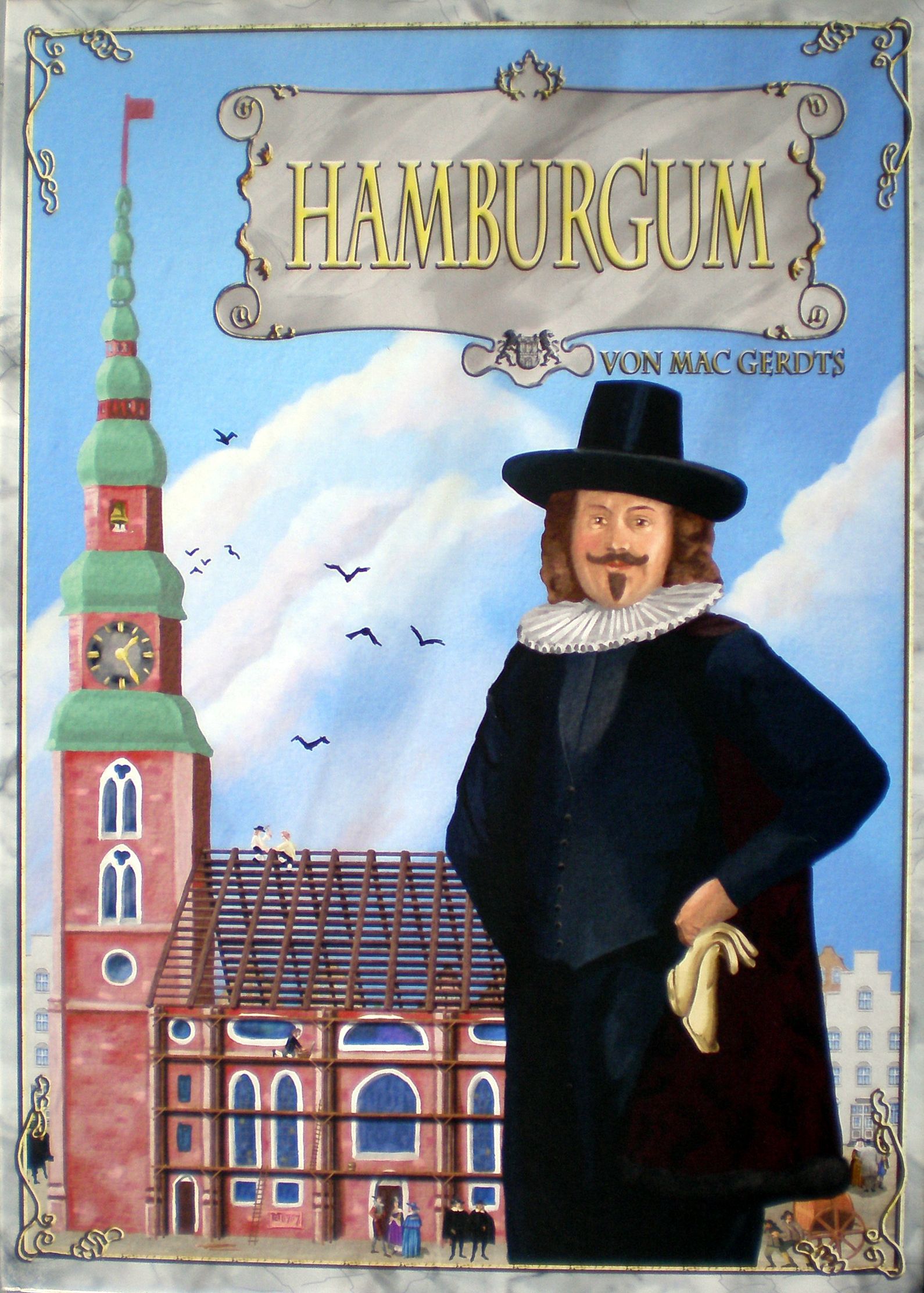 Hamburg in the 17th century! Mighty walls protect the city against the devastations of the Thirty Years War. Thanks to Protestant refugees, Hamburg has become the biggest and most prosperous city in Germany. From far away, the skyline shows the steeples of huge churches and the masts of mighty trade ships displaying the citizens' pride and prosperity. In Hamburgum, players guide the families of Hamburg in the pursuit of wealth and prestige. They produce beer, sugar, and cloth and ship these goods overseas. They compete over the best sites for their buildings and the best berths for their ships in the harbor. Ultimately, they vie for the most prestigious church donations, because neither gold nor goods but only prestige decides the final outcome. Expanded by Hamburgum: Lisboa Hamburgum: Antverpia