The Last Days of the Grande Armee - Universal Statistics 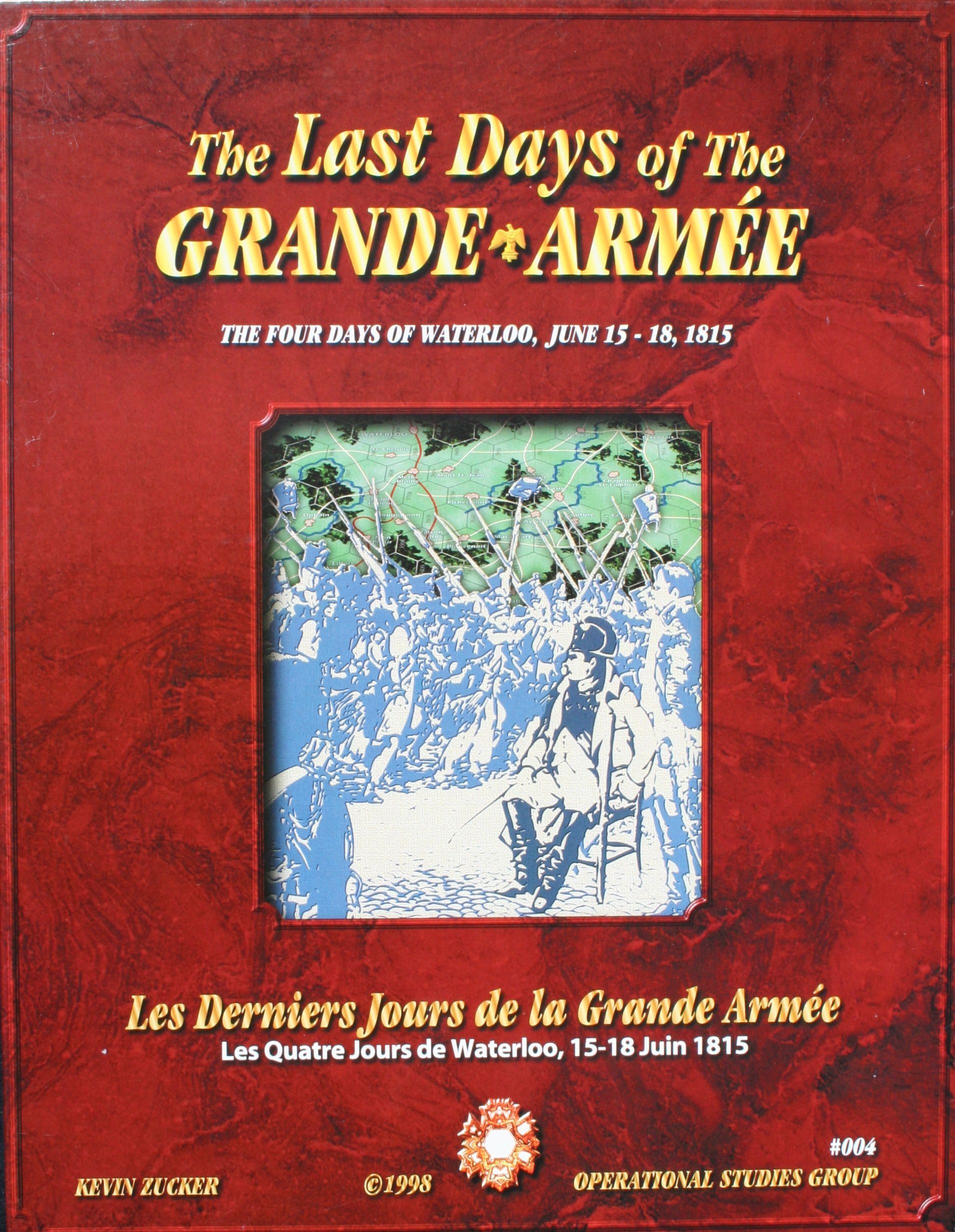 The time is: 1630 hrs., 15 June 1815...The Imperial Guard light cavalry of Lefebvre-Desnottes encountered the Nassau infantry of Bernhard, Duke of Saxe-Weimar. The Duke had taken the initiative to move one of his two regiments south from the vital crossroads of Quatre-Bras, in the rolling countryside of Flanders, to delay the lead elements of the French advance. The French horsemen found the village of Frasnes occupied by a regiment of 1500 Orange-Nassau infantry. The Guard troopers began to ride around the town on both sides, threatening a double envelopment. Observing this, the Nassauers started to withdraw back up the road toward Waterloo. The Guard Chasseurs Regiment, 1100 men under the command of General Francois Lallemand, pursued them off the road into the woods of Bossu, capturing 15 men. At the same time, the 800 Lancers of the Guard continued straight for Quatre-Bras itself. Their commander, General Colbert de la Chabanais, rode behind with a small escort, into the walled-farm of Genioncourt. By pre-arranged signal, the 2600 troops of the 2nd Nassau Regiment, who remained in Quatre-Bras, set fire to a beacon and fired their 8 guns, altering the rest of the Anglo-Allied army further up the road, toward Waterloo. As the Lancers approached the crossroads, the two Nassau regiments in the town and in the woods on their flank kept up a fire of musketry which made it impossible for them to remain in their exposed position on the open road. Had the Lancers succeeded in hustling the Duke's Nassau troops from Quatre-Bras as they had done in at Frasnes, the battle to be fought there the next day would have been a defensive one for the French. No one suspected that on such decisions hinged the last moments of glory for Napoleon and his Grande Armee. • Campaign plus Ligny-Quatre Bras and Waterloo scenarios • Based on the Six Days of Glory game system • Introductory game • One 22 x 34" map • 280 two-sided units • Gamers' Choice Awards Best Historical Simulation Game Nominee 2000 GAME SYSTEM: DAYS System = 1,600m/hex, 800-1,000 men/SP, 6 hours/turn.