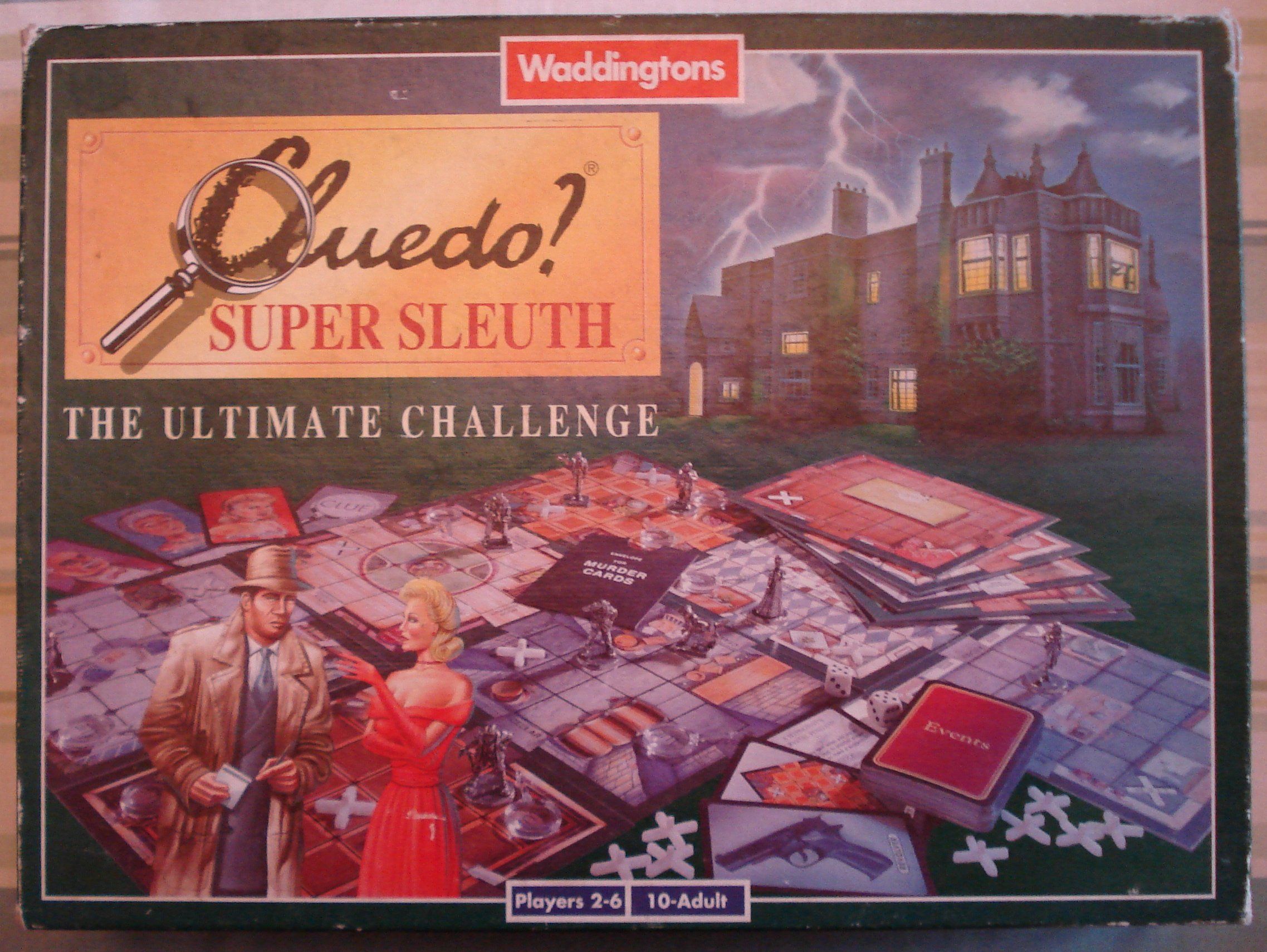 Cluedo Super Sleuth: The Ultimate Challenge is an interesting variant on the famous whodunnit detective game (called Cluedo in the UK, Clue in the US). A well-made production, with pewter figures for the players, it also uses mechanisms which will be new to most non-gamers; the modular board made of tiles, and non-player characters. On the die roll, you wander the mansion, collecting Clues and Items (represented on the board by magnifying glasses and Xs) and making suggestions to other players to see their cards or not. In addition, Event cards (drawn when a red spot is rolled) allow the movement of the non-PCs, Hogarth the Butler, Inspector Grey and The Black Dog. When satisfied that you've identified the murderer, weapon and location, you write your accusation down, make it to the telephone in the main entrance and check the hidden result. Interesting variant, but still the same basic game. The original designer of Cluedo is Anthony E. Pratt, and www.cluedofan.com reckons this is the best edition for tactical play.