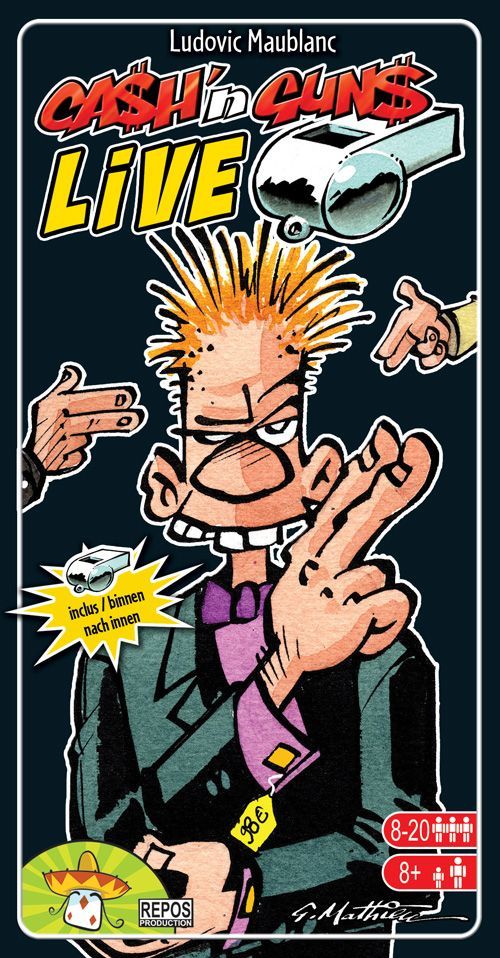 Ca$h 'n Gun$: Live is a sequel to Ca$h 'n Gun$, not an extension - although it does come with a bonus special power to extend its predecessor. 8 to 20 players play in a public place where non-players are present. When the referee blows the whistle, all players points their hands (as if they had a gun) towards another player...all this in a public place! Of course, players are gangsters sharing a lot of money. Though ostensibly a LARP game, and on the cusp of being outside the scope of BGG, it retains inclusion as a group activity not dissimilar from Werewolf. The game was released in August 2007.