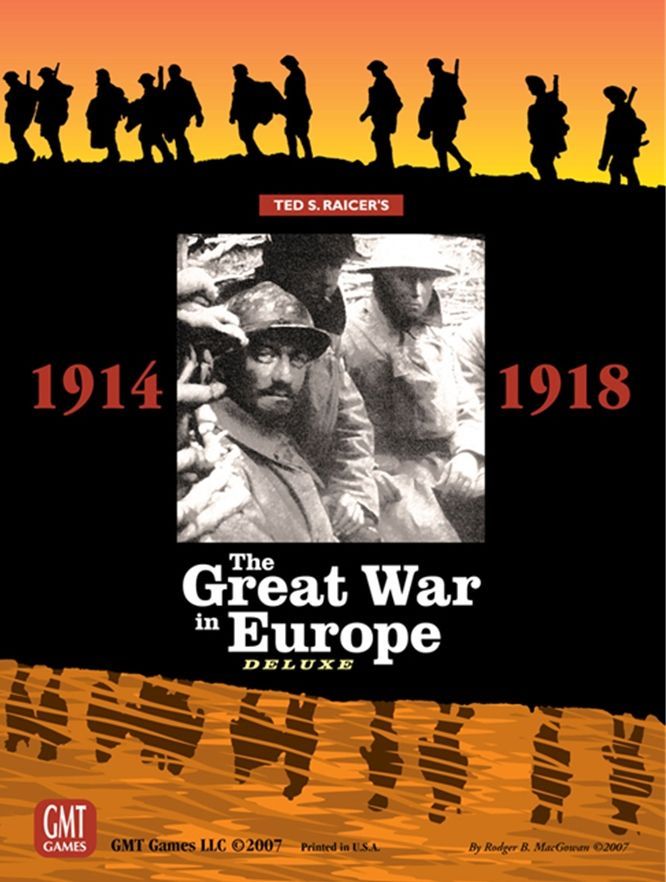 In 1995 Ted Raicer's game, The Great War in Europe, was published in Command Magazine by the XTR Corporation. The game was well received, and shortly afterward, an expansion, The Great War in the Near East, was also released. The Deluxe edition of The Great War in Europe is more than a consolidation of these two games. The rules have be rewritten to include changes that make the game more realistic and yet quicker and easier to play. It also includes scenarios for each front for each year of the war - allowing games to take from as little as two or three hours up to a full weekend for the full campaign game. The games comes with three maps (Eastern Front, Western Front and Turkey), and app. 1500 ½ inch counters, THE GREAT WAR IN EUROPE: DELUXE EDITION will update two classic designs in an edition that will provide all the challenges and Great War flavour you've come to expect from the designer of Paths of Glory, Clash of Giants, Reds, and Grand Illusion. Despite the scale and size of the game it plays quickly because as one person is having their turn on the Eastern Front the other player can be having their turn on the Western Front and this means very little downtime.