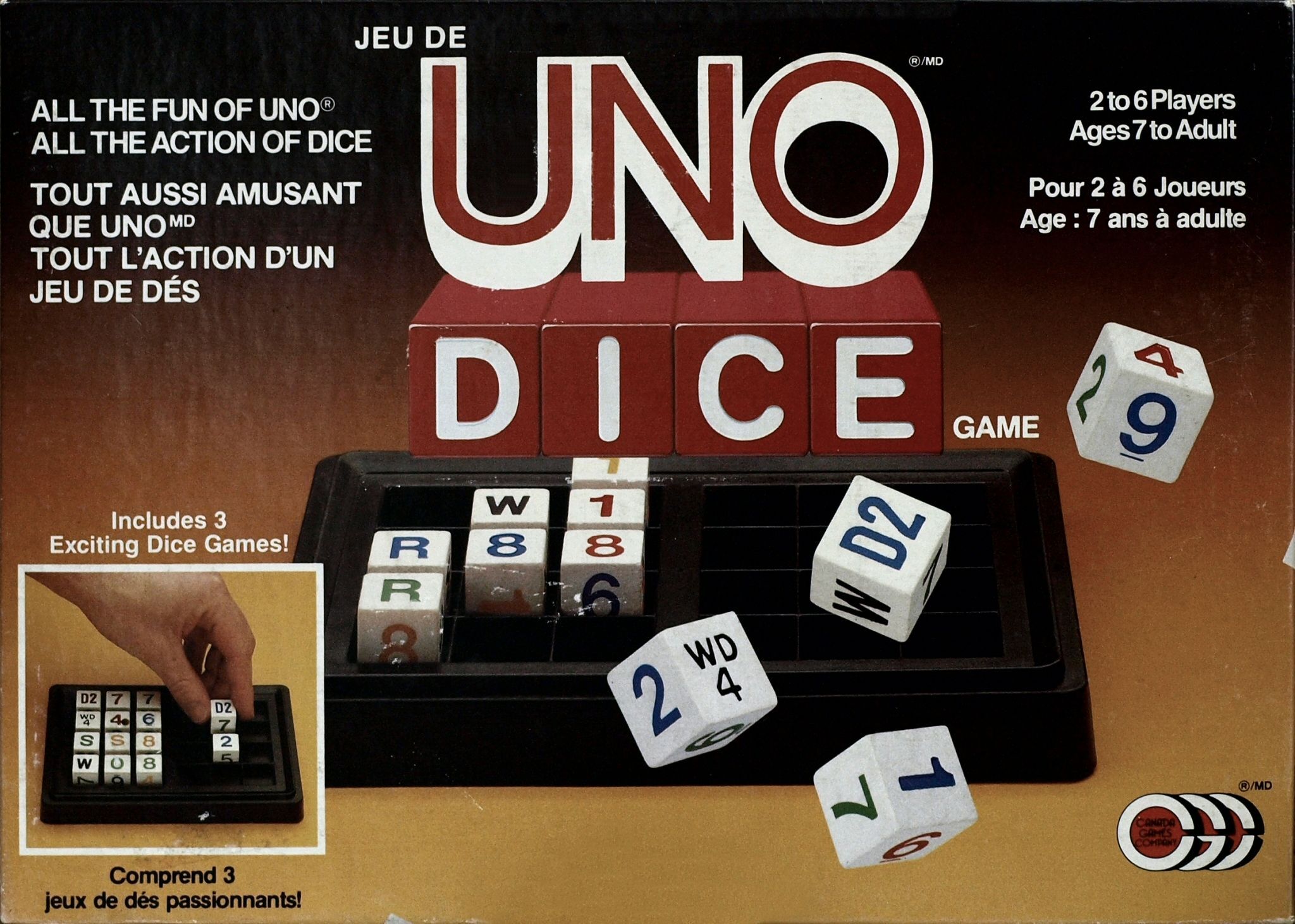 Includes three ways to play. Game 1 Each player draws four dice. Each player on their turn draws, rolls their dice, and places one of them in the dice tray. Any dice added to the tray must match by colour, number or letters. The first player to get rid of her dice is the winner. Game 2 Game 2 is a variant of Yacht where the object is to have the highest points score after 11 rounds of play. The player draws five dice out of the bag and rolls all of them. The player may then take up to two more rolls with their choice of one or more of these five dice. Simply put aside the dice you do not want to roll, and roll the rest. Any of these dice may be rolled in any of your three rolls, except that all five must be rolled on the first roll. At the end of your turn, you must score your exposed dice faces in one of the eleven spaces in your column of the scoring sheet. If you cannot or do not wish to enter a score in any of the eleven spaces, then you must score a zero in your choice of one of the eleven spaces. Game 3 All 24 spaces in the dice tray are used for Game 3. A player draws one die out of the bag, rolls it, and places it face up in any one of the 24 dice spaces in the tray. After the starting die is placed in the tray, the player to the left of the starting player draws four dice out of the bag and rolls them. The player looks at the dice to see if any of these can match the die already in the tray. The dice can match by either number, color or letter in any combination. If a match can be made, the player places the die in the tray and scores points. Dice are scored by making strings of two or more adjacent dice, all of the same color or kind. All numbered faces (0 through 9) score as their numerical value. The R, S and D2 each score as 20 points. The W and WD4 are not scored. After a player finishes their turn, the next player takes a turn using the same dice. Thus a player will usually begin her turn with one less die than the previous player. In this way, the first player will have four dice to roll, the second three, the third will have two, and so on. When a player, down to only one die, is able to play it, then the next player starts the pattern over again by drawing four fresh dice from the bag, rolls them and play proceeds from there. The game ends when the dice tray is full. The winner is the player with the highest total score.