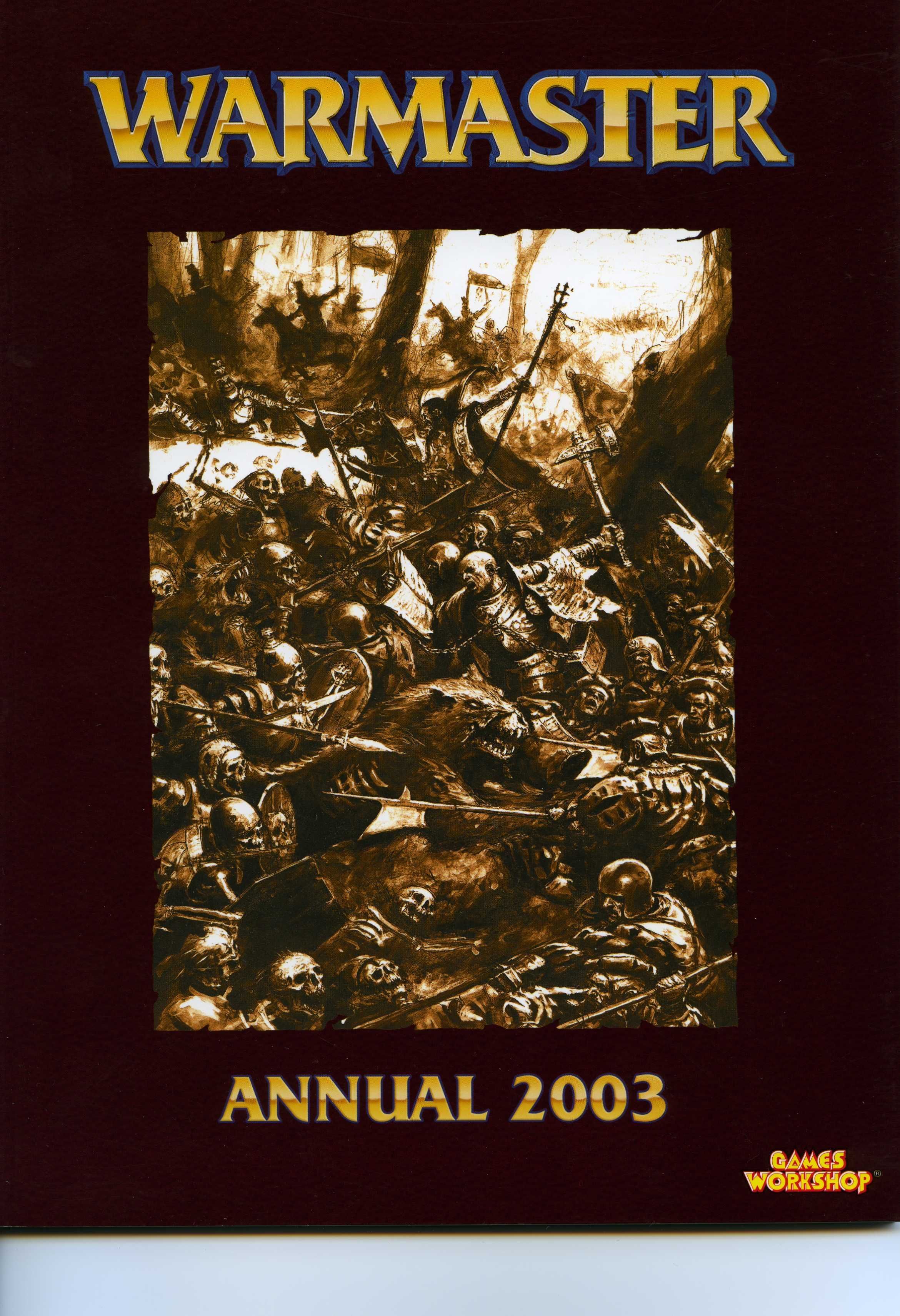 Released in 2003, this expansion of Warmaster includes rules for Dark Elf, Skaven, Mercenary (Dogs of War), and Vampire Armies. Also included are the four best articles from the previous year's Warmaster magazine. Expands: Warmaster From back of the book: NEW RULES The new official army lists: Vampire Counts and Dark Elves TRIAL RULES The new Skaven Army. BEST OF WARMAG The best articles from the last year of Warmaster Magazine including Battles of Legend, The Night Before the Battle, Advice for Green Bosses and Empire Redoubt. BACK CATALOGUE The full back catalogue of Warmaster miniatures.