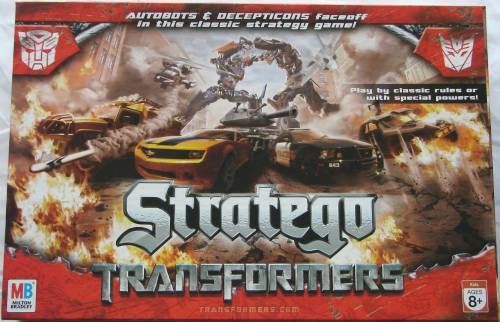 Which army will prevail in this battle of galactic proportions as Decepticons and Autobots battle head to head in this classic game of Battlefield strategy? Choose which side you’ll align with – the red Autobot army or the gray Decepticon army. Carefully place your army pieces strategically throughout your side of the battlefield and let the face off begin. Recreate the classic conflict between Megatron and Optimus Prime or build your own battle scenario. But beware – some robots have the ability to gain special powers during their turn, and will switch from vehicle mode to giant robot mode in an instant! Gameboard comes with 30 gray army pieces, 30 red army pieces, display tray, label sheet, instructions and special powers and reference sheet.