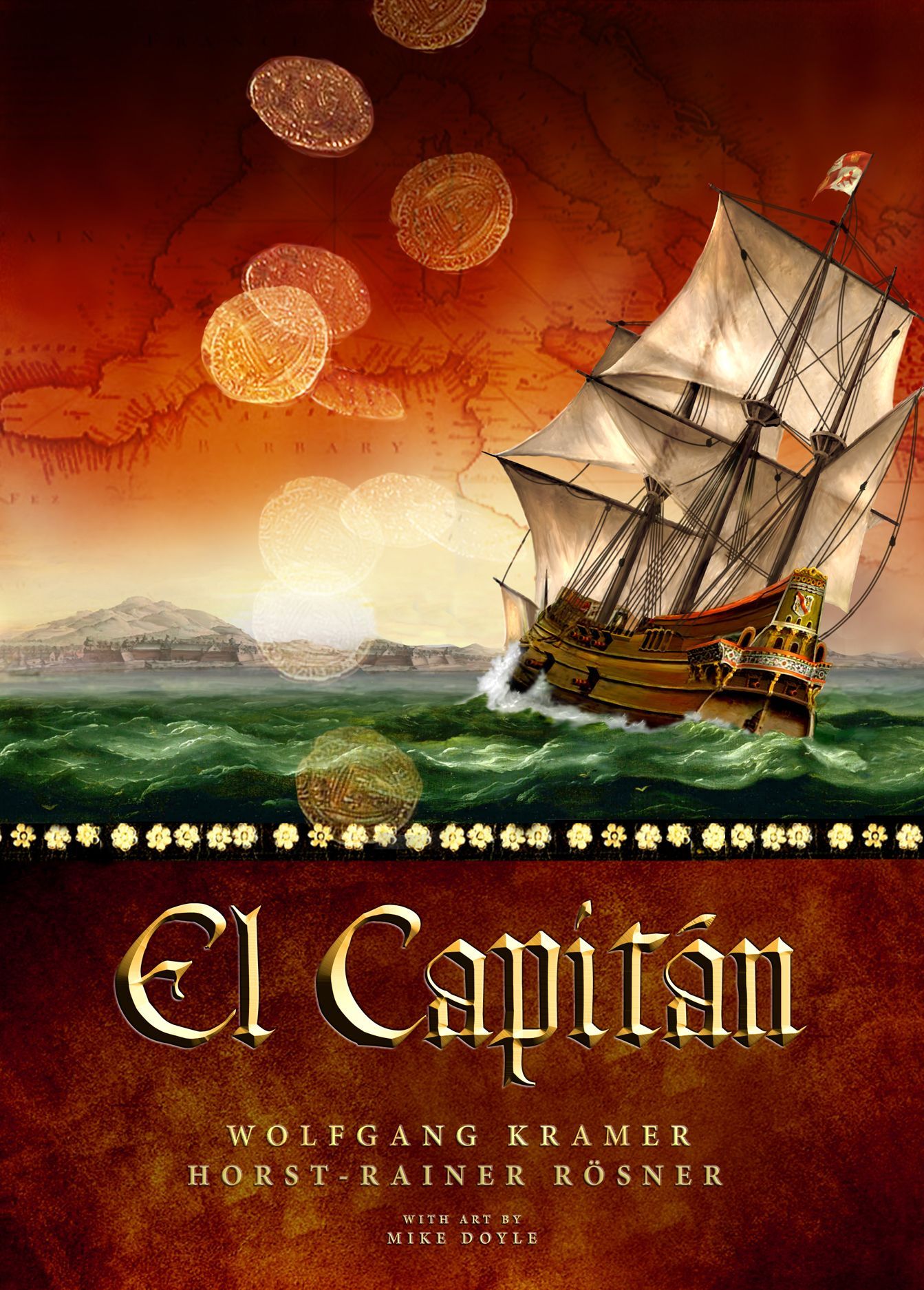 El Capitán, a game that is based upon Tycoon but with many improvements and upgrades. The game is now playable with 2-5 players (instead of 2-4); it has 11 new groundbreaking rules, and on top of it all, expansions and a whole new exciting look! All together we have now the following changes/improvements for the basic game: new grouping of the cities on the game board new payout table for distribution 3 new Distribution Cards new rules for the forts start money is 20 florins instead of 15 place up 4 multi travel cards instead of 2 new rule for the loan cards (not allowed in the first round) new start player after a payday (a special start player figure is added) building up to 12 (instead of only 9) warehouses in a city limitation of warehouses in series (limited to 3 now) a rule for the first warehouse in a city Also included is the first expansion "Portuguese Powers" with some extra city boards and strategy!! There are now special rules for 2 or 3 players (extra renovation fields) and a special rule for 2 players (payday and additional warehouses). The game was published in October 2007 by QWG Games in the Benelux, by Pro Ludo in Germany, by Ystari Games in France, and by Z-Man Games in USA, Canada, Australia, New Zealand, UK, and Ireland.