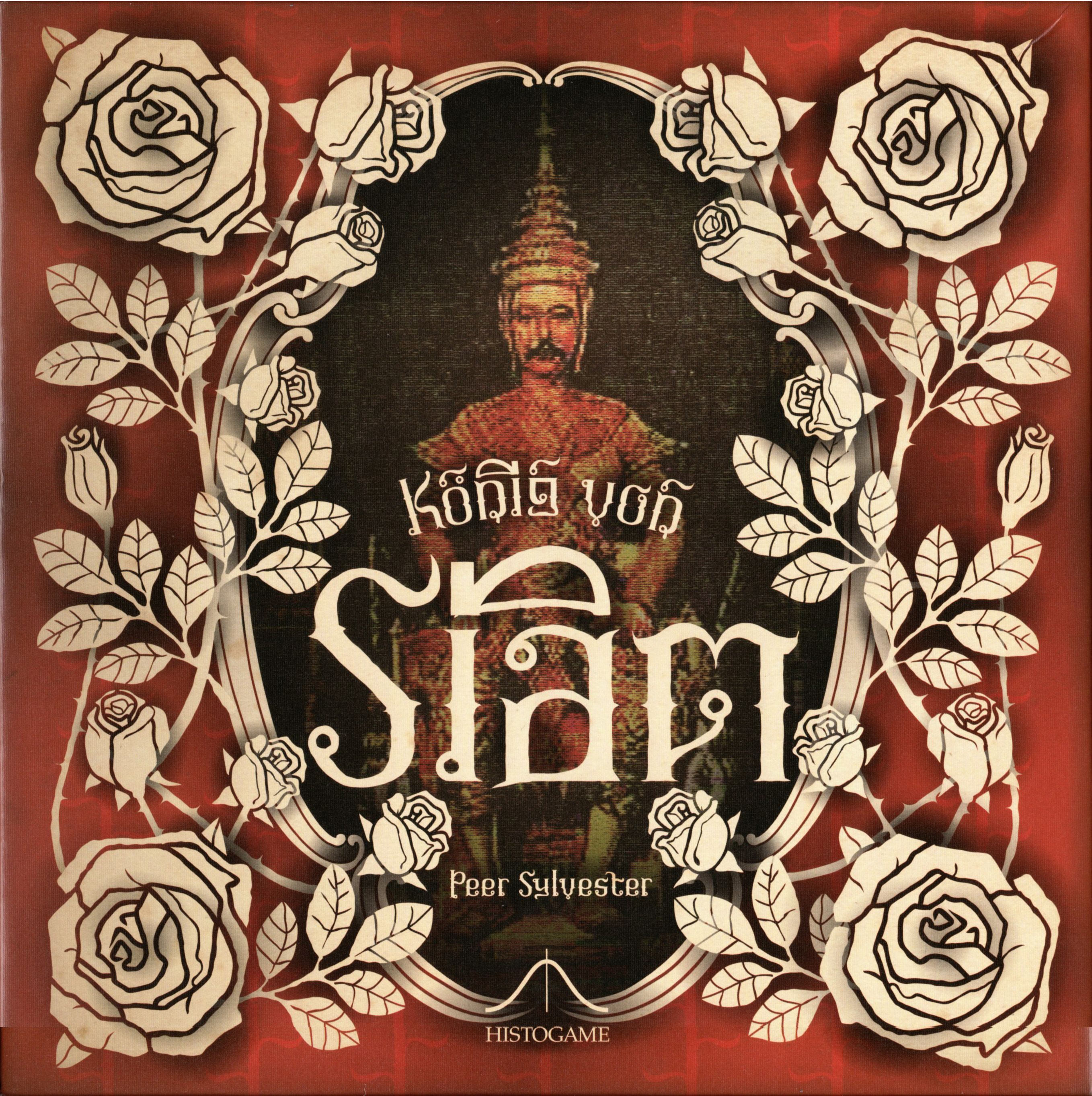 Siam 1874: A power struggle has broken out. Siam's king has initiated reforms that have resulted in a clash between the Malays, Lao, and Royalists. The appearance of unity, however, must be preserved or the British might move in and make a colony out of Siam. Will the Siamese succeed in this tightrope walk and maintain the nation of freedom? In King of Siam, the players use action cards both to compete for influence on the contending factions and to tip the power struggle in favor of the faction where their own influence is the greatest – but the players must be careful. Too much conflict will result in a British intervention and new victory conditions are immediately resolved. After the initial setup King of Siam has no random elements and no luck. The game is playable by 2-3 players individually or four players in partnerships.