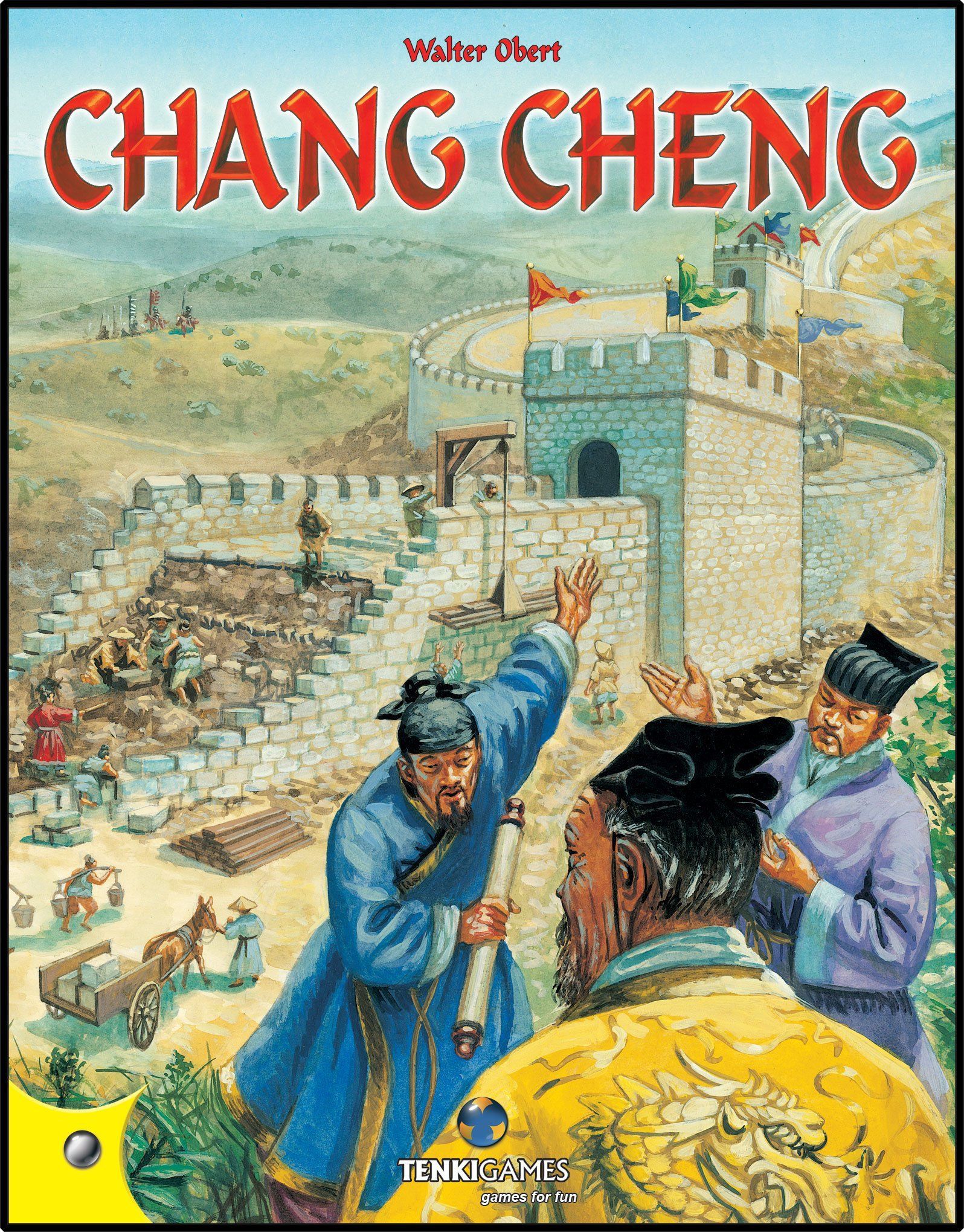 More than 2500 years ago, the emperor of the Qin dynasty decided to protect his prolific provinces of northern China from the frequent barbaric invasions, building and joining several fortified fortresses. So he nominated his most faithful imperial officers to oversee the construction, promising riches and honours to the first who would have completed what now represents one of the most remarkable works produced by men: Chang Cheng™, the Great Chinese Wall. Take on the role of one of the 4 officers of the emperor and try to increase your reputation in his eyes. Build parts of the Great Wall to defend the Chinese provinces and compete with the other players to gain the reputation that comes from protecting the most important ones. But beware of the threat of the Mongols who hang near the border. . . In this game of clever placement, players take turns adding pieces to the Great Wall. On one side of the wall lay the Chinese provinces, each with its own point value. On the other side are the provinces of the Mongol invaders, each with a randomly-assigned negative point value. Since provinces on either side do not directly correspond to each other, the goal is to place your pieces so that you can attain a majority on the Chinese side (for positive points) while avoiding having a majority on the Mongolian side (for negative points). Players also have a set of cards (tiles actually) that give them a few special privileges to help themselves or interfere with other players. The game also comes with optional cards that may be used to provide other methods of scoring points.