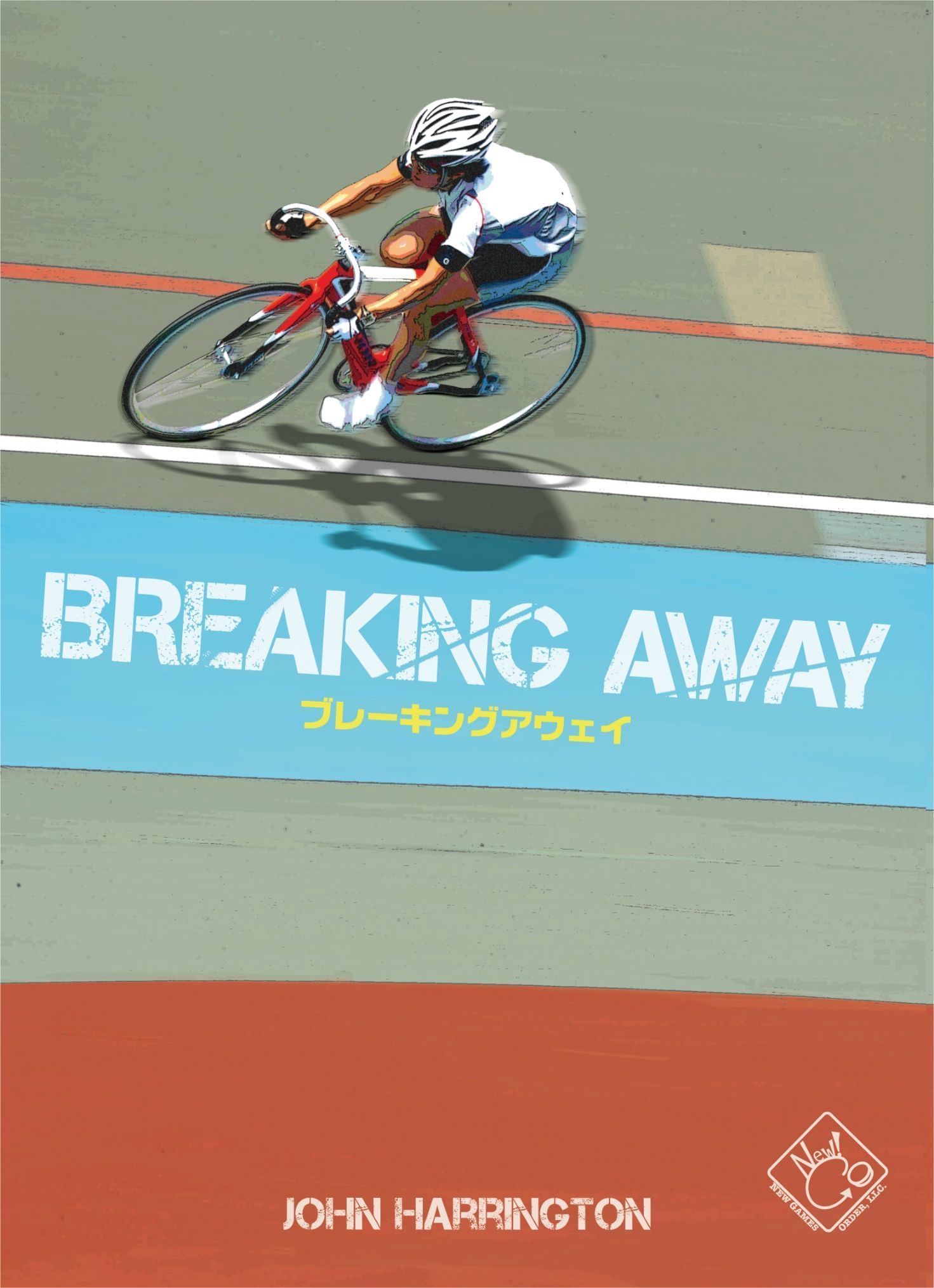 Breaking Away is a luck-free race game based on cycling. Players control a team of four cyclists. For each cyclist the player chooses one of his available movement allowances and moves that many squares. Once all cyclists have moved, the expended movement allowances are replaced with new ones calculated according to the cyclist's position in the peloton; being at the back of a group brings a high replacement value, and being at the front a low one. Sprint points are earned by being among the first eight to cross the sprint lines so there is always a trade-off between slipstreaming ("drafting") the other riders in order to build up high movement allowances and making a break for the front to be the first to cross the finish line. Note: The first edition from Fiendish Games comes with six teams, but additional teams can be ordered to allow for games with up to twelve people; the additional colors are orange, pink, purple, brown, silver, and gold. The New Order Games edition is for 3-5 players, with a separate expansion allowing an additional four players to compete.