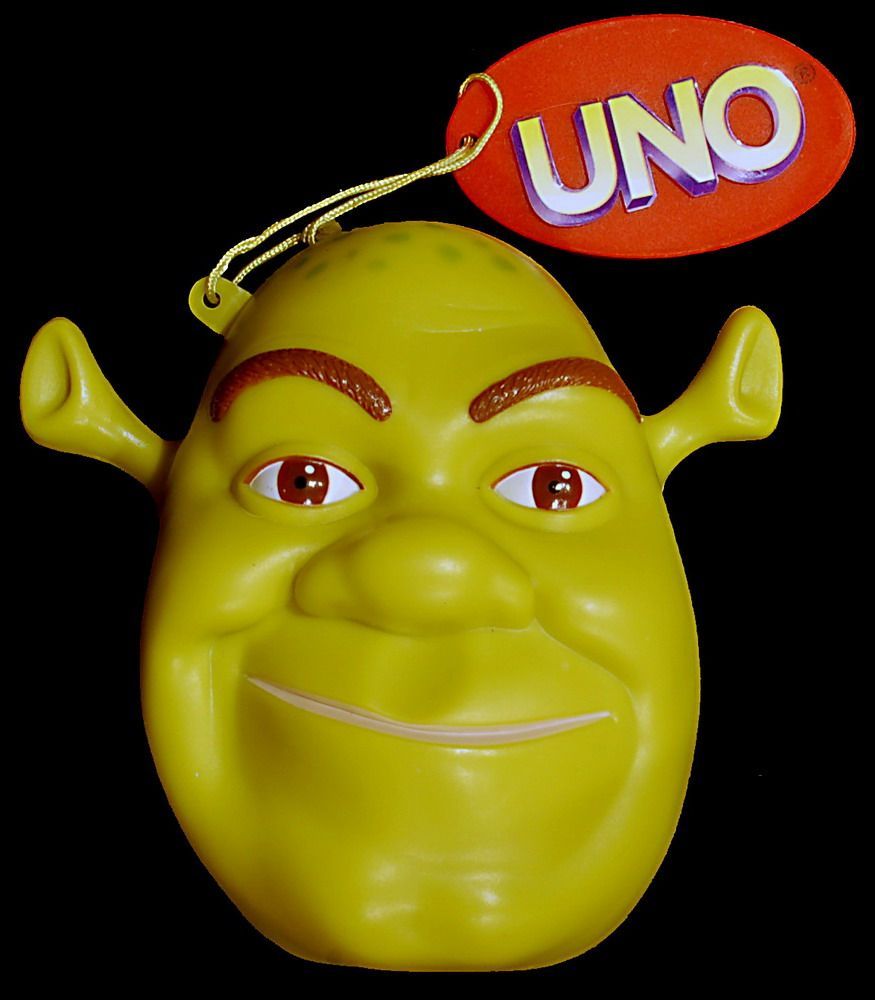 The usual Uno (including themed editions without new cards) rules - Players race to empty their hands and catch opposing players with cards left in theirs, which score points. In turns, players attempt to play a card by matching its color or number to the topmost card on the discard pile. If unable to play, players draw cards from the draw pile until they are able to place a card. Wild and special cards spice things up a bit. Additionally, when playing their penultimate card from their hand, players must shout 'UNO' or face a forfeit of drawing two further cards. Based on the Dream Works film Shrek 3. WHAT MAKES IT DIFFERENT FROM TRADITIONAL UNO: 'Merlin Card' When you play this card you call out a color of your choice. All other players draw cards from the DRAW pile until each draws a card of that color. All of the cards that they draw are added to the cards in their hands.