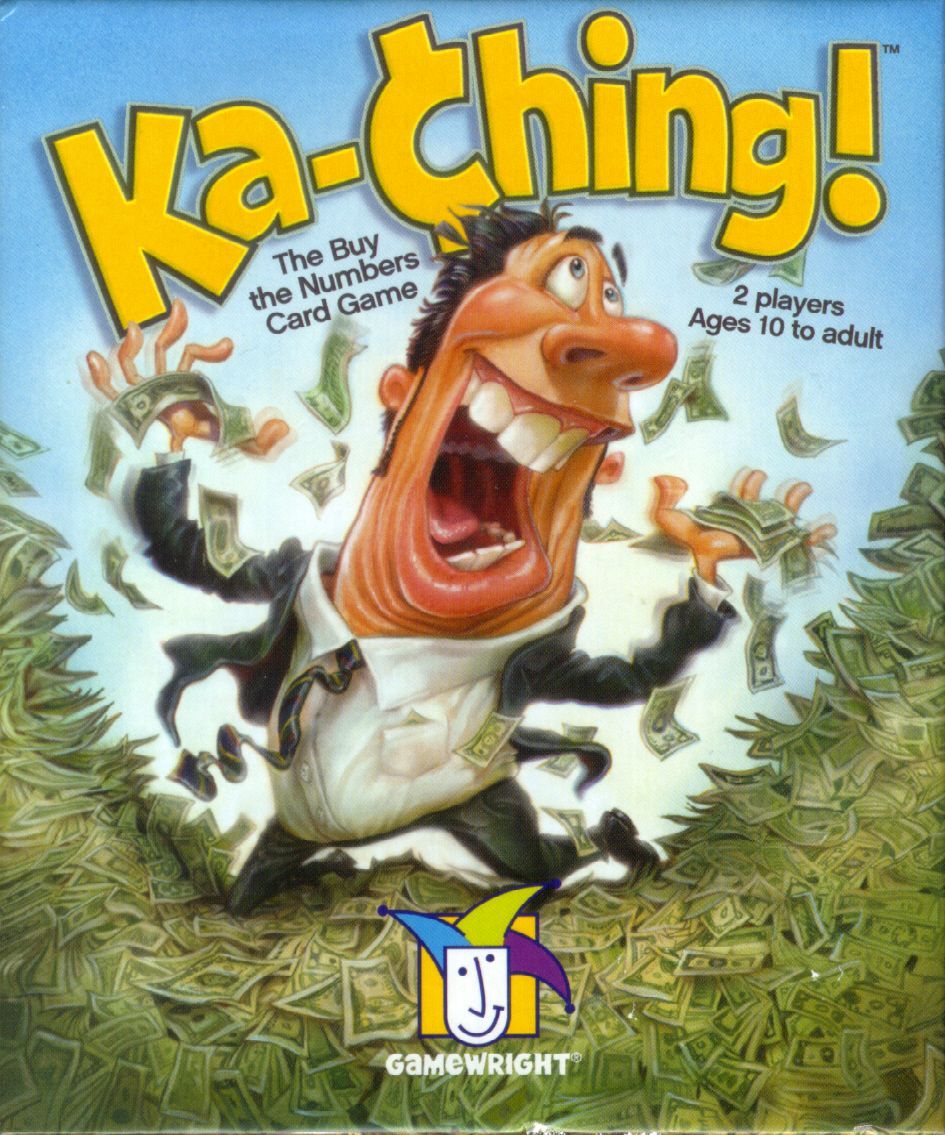 All cards are placed face up on the table. Both players alternate buying one of the five cards sitting on top - with the aim to form pairs of the same color to resell as lucratively as possible. During your turn you can either 1) buy one card or 2) sell two cards of the same color for an amount equal to multiplying their two values together. You also have one wild card which you may sell in place of another card once during the game. Whoever makes the most of his or her starting capital by skillful buying and selling wins. But that is not as easy as it seems. A big part of the game is also preventing your opponent from getting valuable pairs. Ka-Ching requires tactical skill, perspective, and good timing when selling. Re-implemented by: Trader