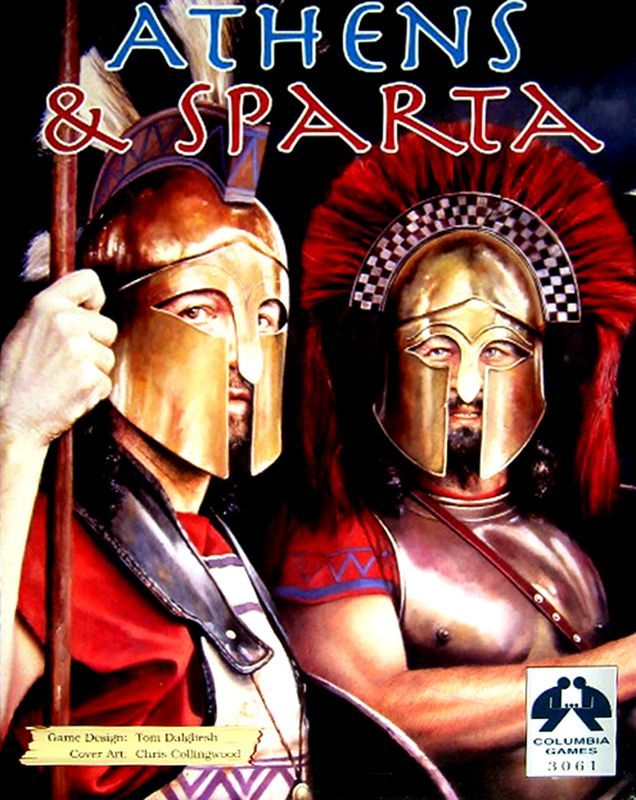 Athens & Sparta is a strategic level block game of the Peloponnesian War, fought from 431BC to 404BC. This war pitted the superior wealth and naval power of Athens against the militarism of Sparta. It was a bloody contest, with many heroic triumphs and great atrocities. Victory by Sparta ended the Golden Age of Greece. This game provides insight into why the war was fought the way it was. One player controls the wealthy and sea faring Athenians, the other the powerful armies of the Spartans. The object is to control important city-states that dotted the Grecian landscape. In order to create a fog of war, unit blocks are stood up with the backs facing the opponent. In this manner the opponent cannot tell the type or the strength of the units being deployed against him until battle begins. Along the sides of the unit blocks, only visible to the owner until it comes time for combat, are numbers that represent the strength of the unit. The current strength is on top. As the unit takes losses, it is rotated so a lesser value is on top.