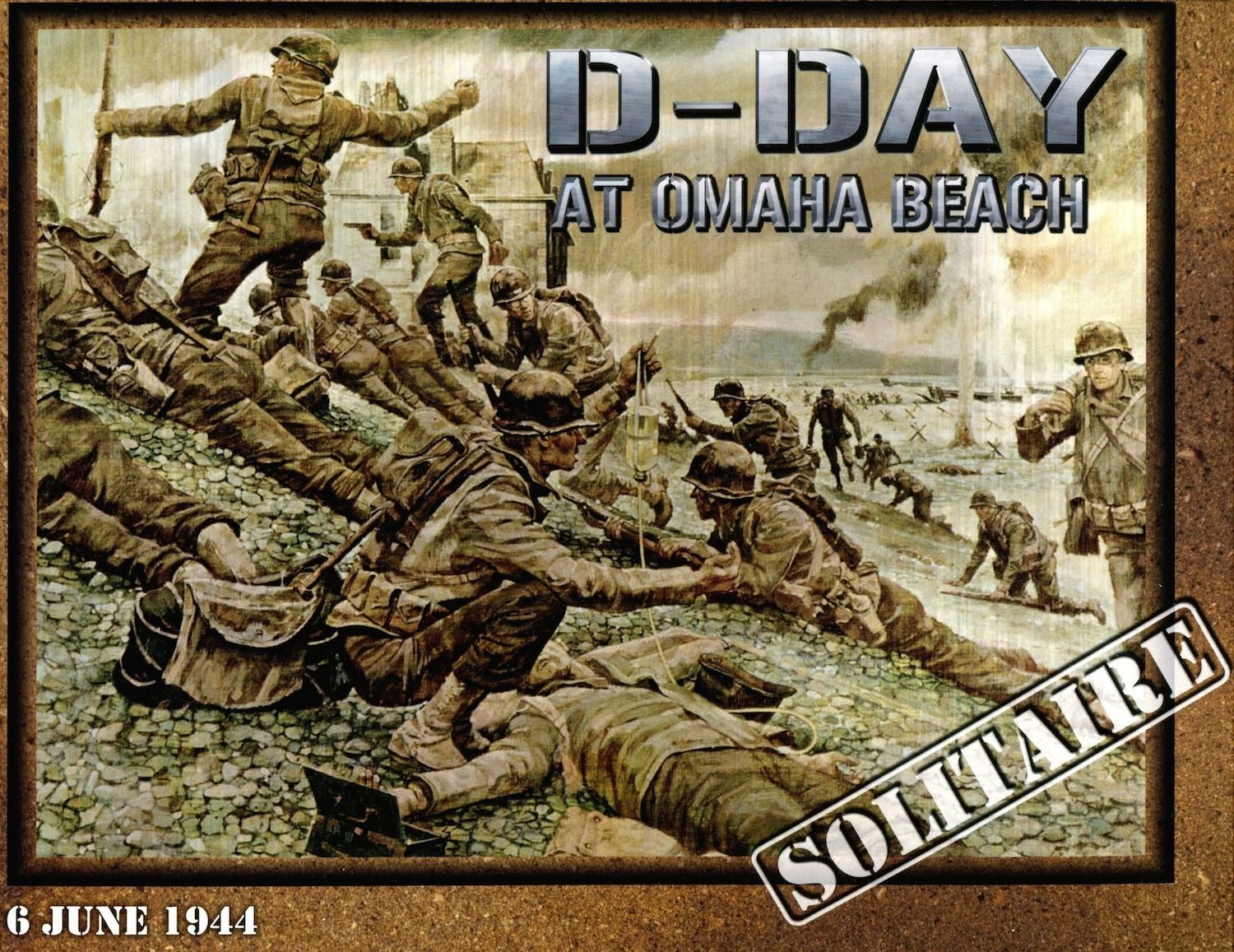 Solitaire study of America's most bloody and heroic day in WWII. The player controls the US forces landing along the five mile stretch of Omaha Beach on D-Day and their desperate struggle to establish a viable beachhead. The game covers the entire first day at a time scale that varies from 15 minutes per turn (during the initial landings) to 30 minutes per turn later in the day. Units are companies and include assaulting infantry, engineers and amphibious tanks. The game system controls the hidden German defenders in their "Widerstandsnest" resistance points, revealing the defenders and their reserves as the American survivors of the first landing waves make their way up the bluffs. Rules cover amphibious landings, German fields of fire, artillery, tidal movement, and intangibles such as US leadership under fire and the initiative of the American GI. One map, two counter sheets, 55 cards. Additional Notes: ===== 352 counters. Basic unit size is the US infantry company. German units consist of Widerstandsnest crews and reinforcement infantry companies. US tanks, and some US artillery, AA and anti-tank units are also included. US engineers are represented abstractly, clearing beach obstacles early in the game and opening traffic routes off the beach later in the game. The 34" x 22" map depicts the entire Omaha invasion area 9km long, going inland 4km, at 250 meters per hex. Hexes are oversized (almost 1") so that symbology facilitating German placement, fire and actions can be seen without having to pick up units. Time scale is 15 minutes per turn from 0600 hours to 1000 hours, shifting to 1/2 hour turns from 1000 to 1800 hours. A deck of 55 cards performs triple duty -- determining results of US amphibious landings, determining an event each turn, and determining which German units fire or perform other actions each turn. The game's solitaire system is based on that used previously in Operation Jubilee: Dieppe, August 1942. ================= Decision Games Omaha Beach official url: http://shop.decisiongames.com/ProductDetails.asp?ProductCode=1018