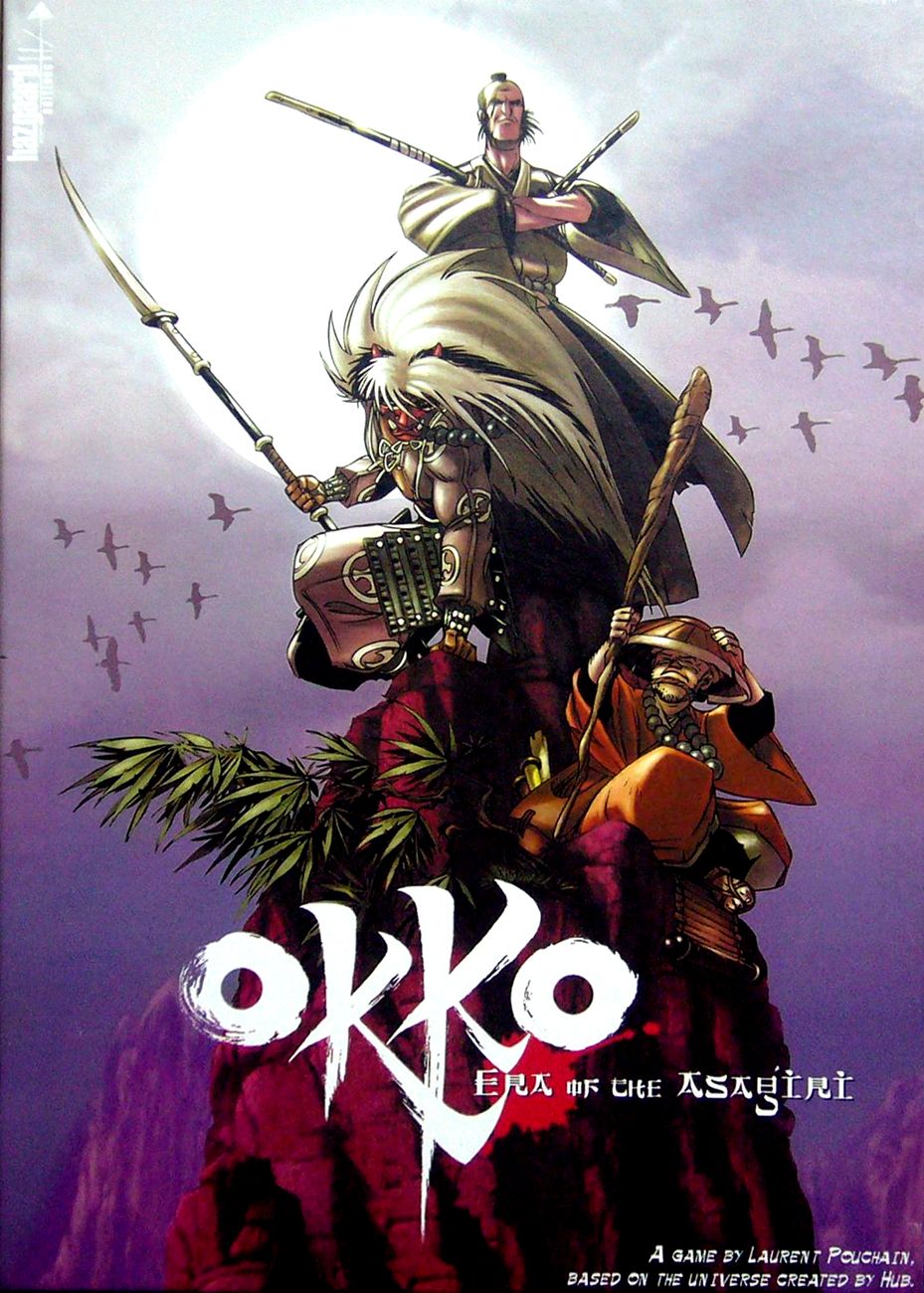 Okko is a miniature game that is played on a board with squares. It simulates skirmishes between Samurai and other typical Japanese-inspired characters (Ninjas, Geishas !!!) in the empire of Pajan. Each player controls from 4 to 6 characters Okko is released as basis boxes containing the rules, adventure book, 6 double sided modular game boards, 10 special dice and 20 cardboard miniatures. There are pewter miniatures (unpainted) to replace the cardboard minis included in this game. Okko is inspired from a comic published by "Les Editions Delcourt" (French), "Archaia Studios Press" (English) and "Silvester Strips" (Dutch), "Carlsen Comics" (German)