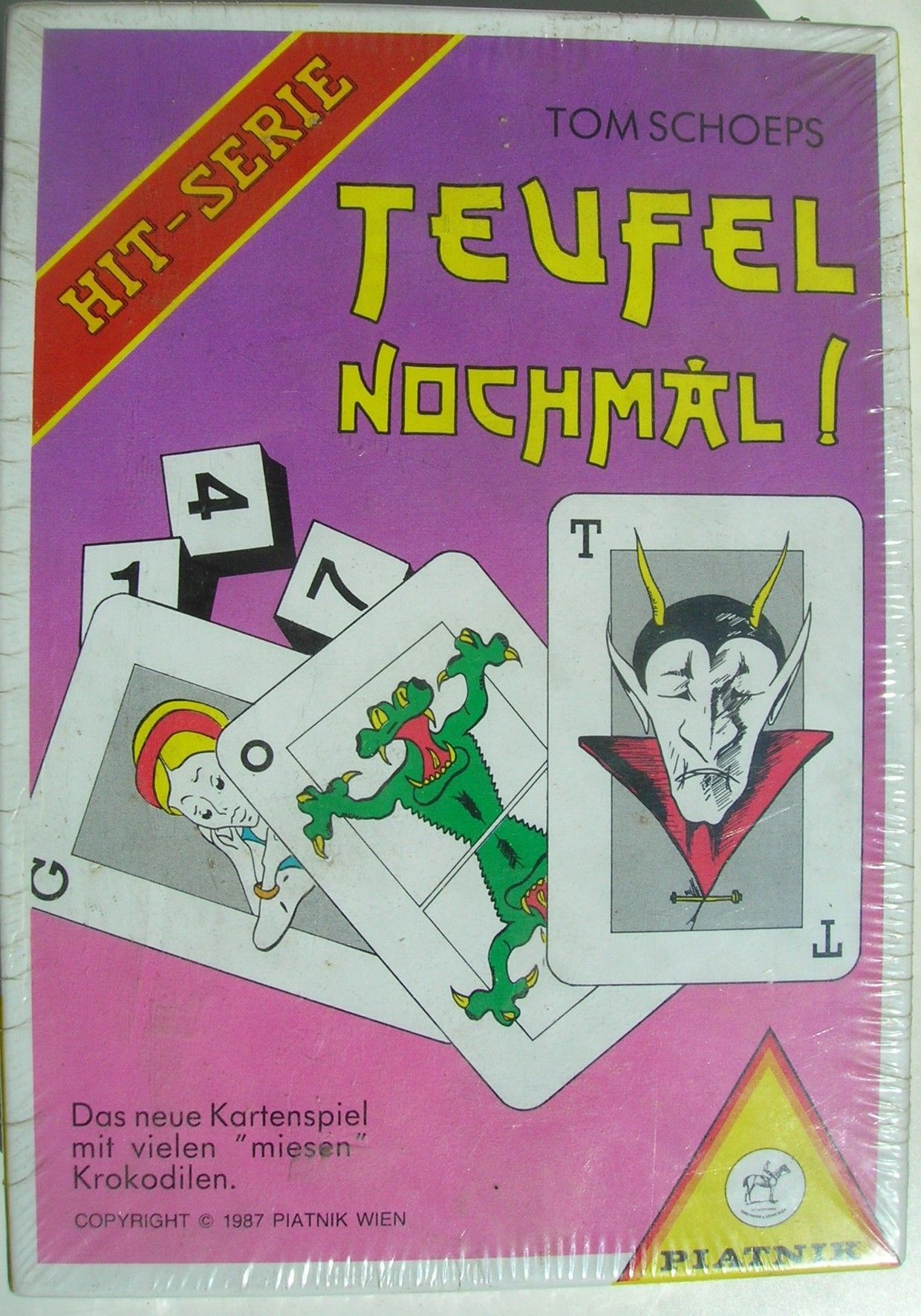 Players start with 8 cards and 8 wooden chips of various values (2 each of values 0, 1, 4, & 7). The start player leads a card and then all players place a wood chip face down in front of them. The winner of the trick will take all of the wooden chips and score them as points, so players play chips according to how likely they think they are to win the trick. Each player then plays a card in order (other than the start player, who has already played a card). The trick is resolved using the paper/scissors/stone mechanism (using cards showing Gretel, Kasper, and a crocodile) [Punch, Judy, & Crocodile in the English edition]. Teufel [devil] cards act as a trump. Whoever wins the trick takes the cards and the chips. After all tricks have been played, all cards are discarded except the crocodiles and the chips. The chips are positive points for the players; the crocodiles are negative points. Several hands are played, and the winner is the one with the most points at the end.