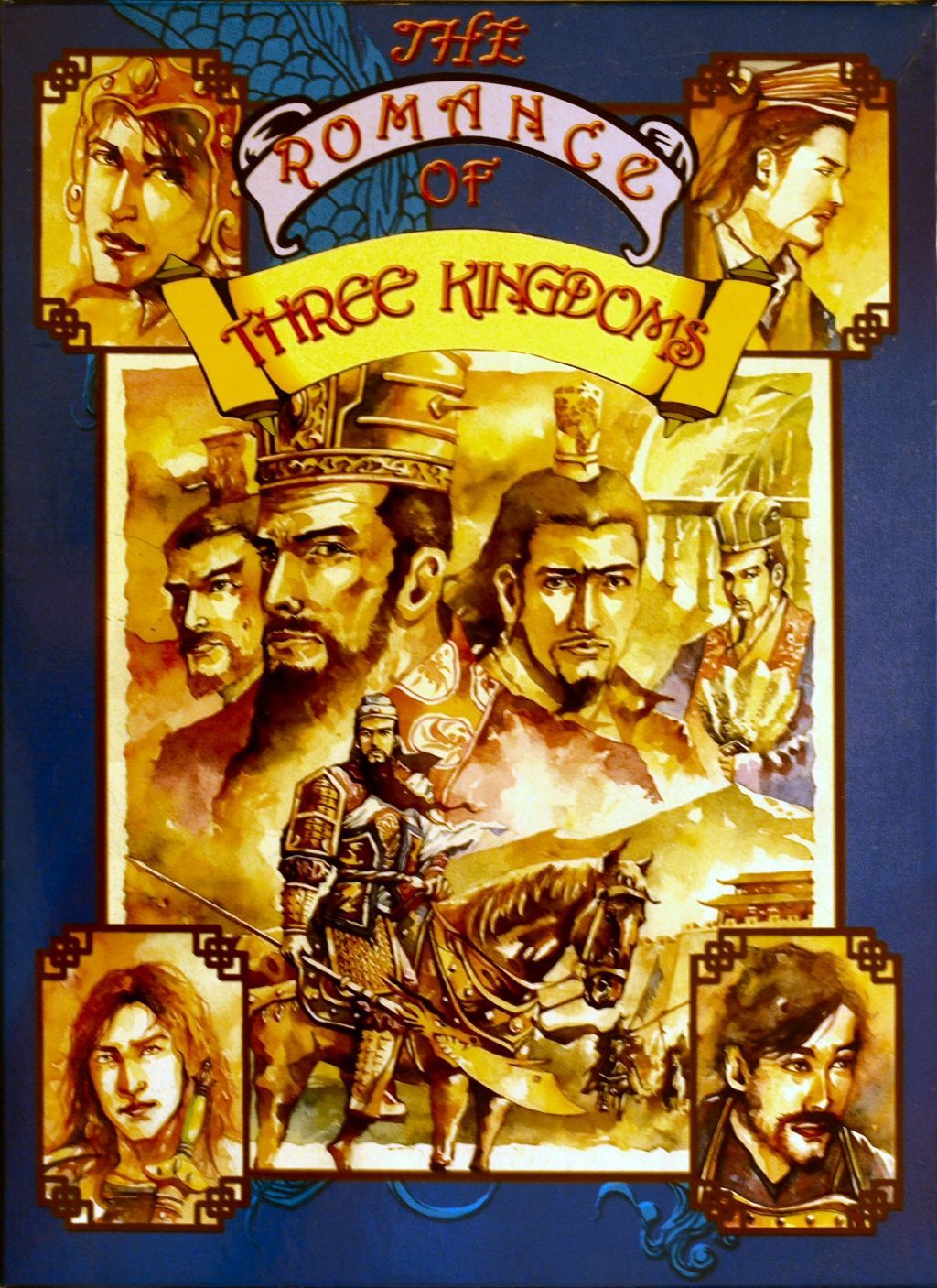 From the publisher: No era in the millennia of Chinese History is as fascinating as that of the Three Kingdoms. It was a time of trouble, which gave birth to the most daring warriors, to strategists of unrivaled cunning, to many a legendary rogue — all household figures throughout Asia. Now, with 117 cards and one d6, it is your turn to rise to the highest challenge! The fate of the Empire lies in your hands. The game does not only rely on sound tactics, it also promotes interaction between the players, who can strike a deal at any time. No two games can ever be the same: each one is a challenge, a renewed test of nerve and skills! The first player to have 6 points worth of land at the beginning of his turn is declared the winner. Hong Kong edition published 1999 in Chinese; US English edition published 2001.