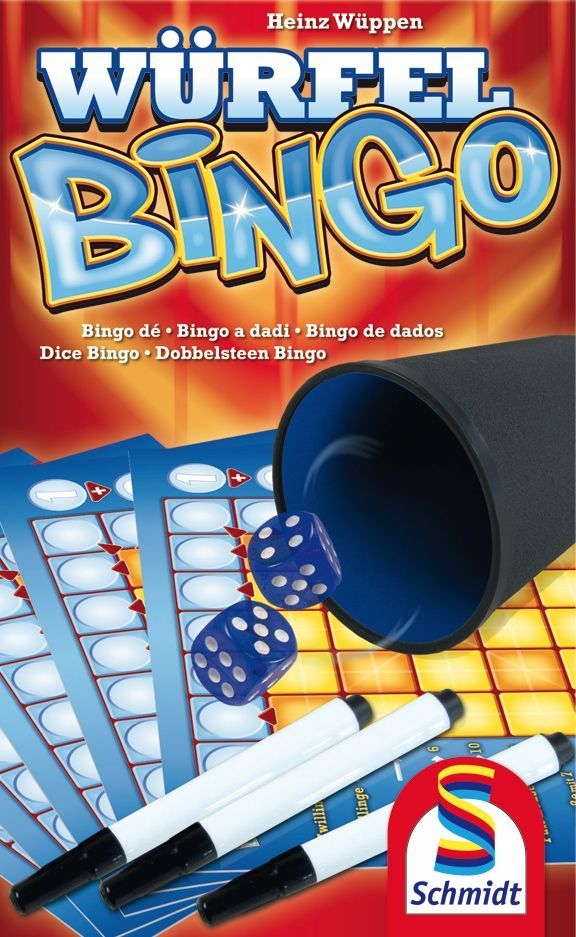 In Würfel Bingo, a.k.a. High Score, each player takes a dry erase marker and a glossy game board with a 5x5 matrix. A round consists of 25 die rolls of two standard six-sided dice. After each die roll, each player places the sum rolled into one of the fields on his game board. After 25 rolls, each player tallies his points; each row and column scores 1-12 points depending on whether it's filled with a pair of matching numbers, a triple, a full house, a straight, a five-of-a-kind, and so on, with points scored along the diagonals being doubled. After three rounds, whoever has the highest cumulative score wins! Würfel Bingo, unlike High Score, features a double-sided game board with a 6x6 matrix on the reverse. When playing with this side, the game lasts only two rounds. Knister (2017) lists player count as 1-12.