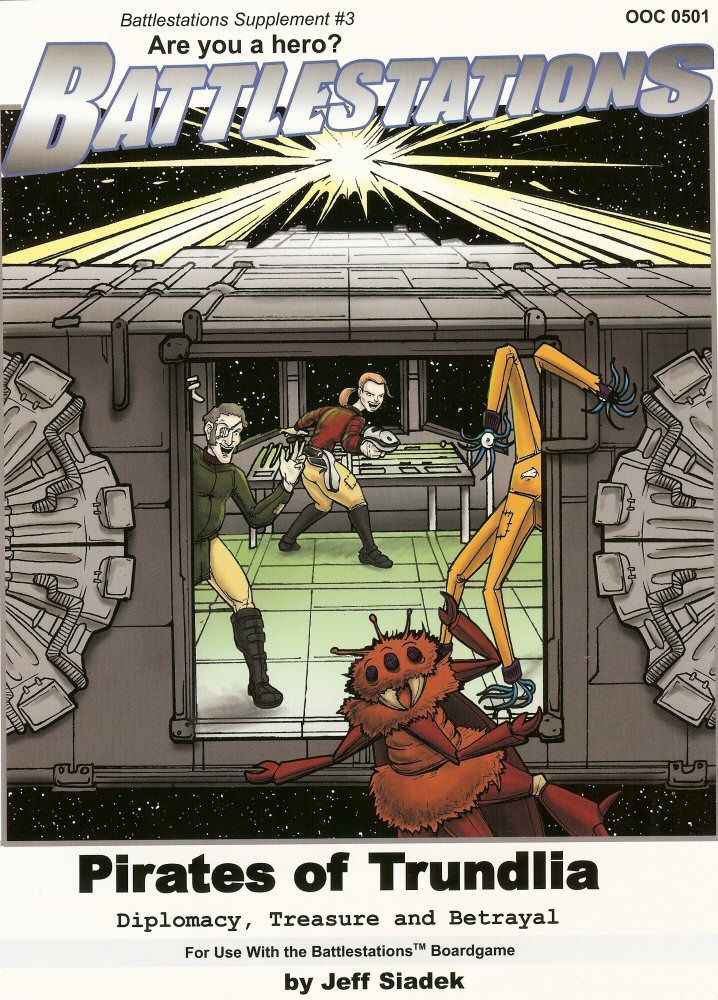 This is the 3rd Expansion Supplement for Battlestations Tagline: Explore, plunder or pirate on your own or privateer for the U.R.E.F. "Unfurl the Solar Sails! Bring the ship about and fire the Fusion Cannon! Show you colors and capture the most black-hearted pirates in the Orion Spur as a Universal Republic privateer... or pirate the trade routes dry and drown in the bounty. The Shifty Trundilians are the new cover in the Galaxy, and there is no shortage of smugglers, cutthroats and villainy. A rogue's gallery of villains and vessels stand between you and your treasure. Are you a hero? Or are you a pirate?" New Species: Trundilians New Modules: Fusion Cannon, Gravity Lance This book brings space faring swashbuckling into the Battlestations universe and is anticipated to be the best received expansion yet.