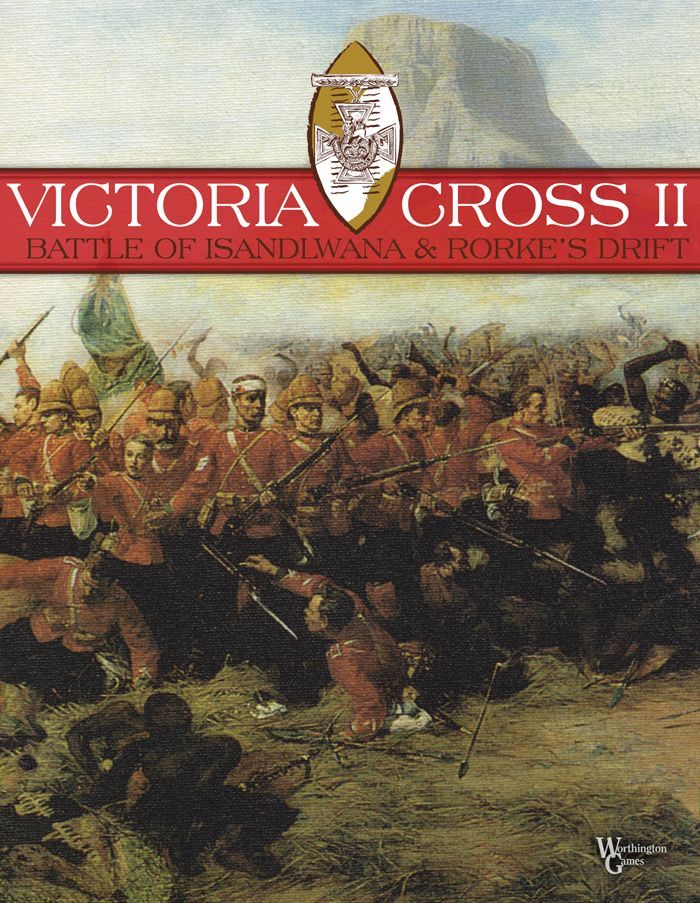 Victoria Cross II This is a reprint of Victoria Cross with the battles of Isandlwana, Rorkes Drift, included. The game that started it all for Worthington Games. Using the Victoria Cross system that was the first game produced by Worthington Games. Two battles, one great game! The game will include the original Victoria Cross updated with counters, updated rules, and new box. As the British player tries to stem the hordes of Zulu warriors with his trusty Martini-Henry rifle (with a bit of guts behind it!). As the Zulu player can you, through mass and guile, drive the British from your land. It is up to you to decide!