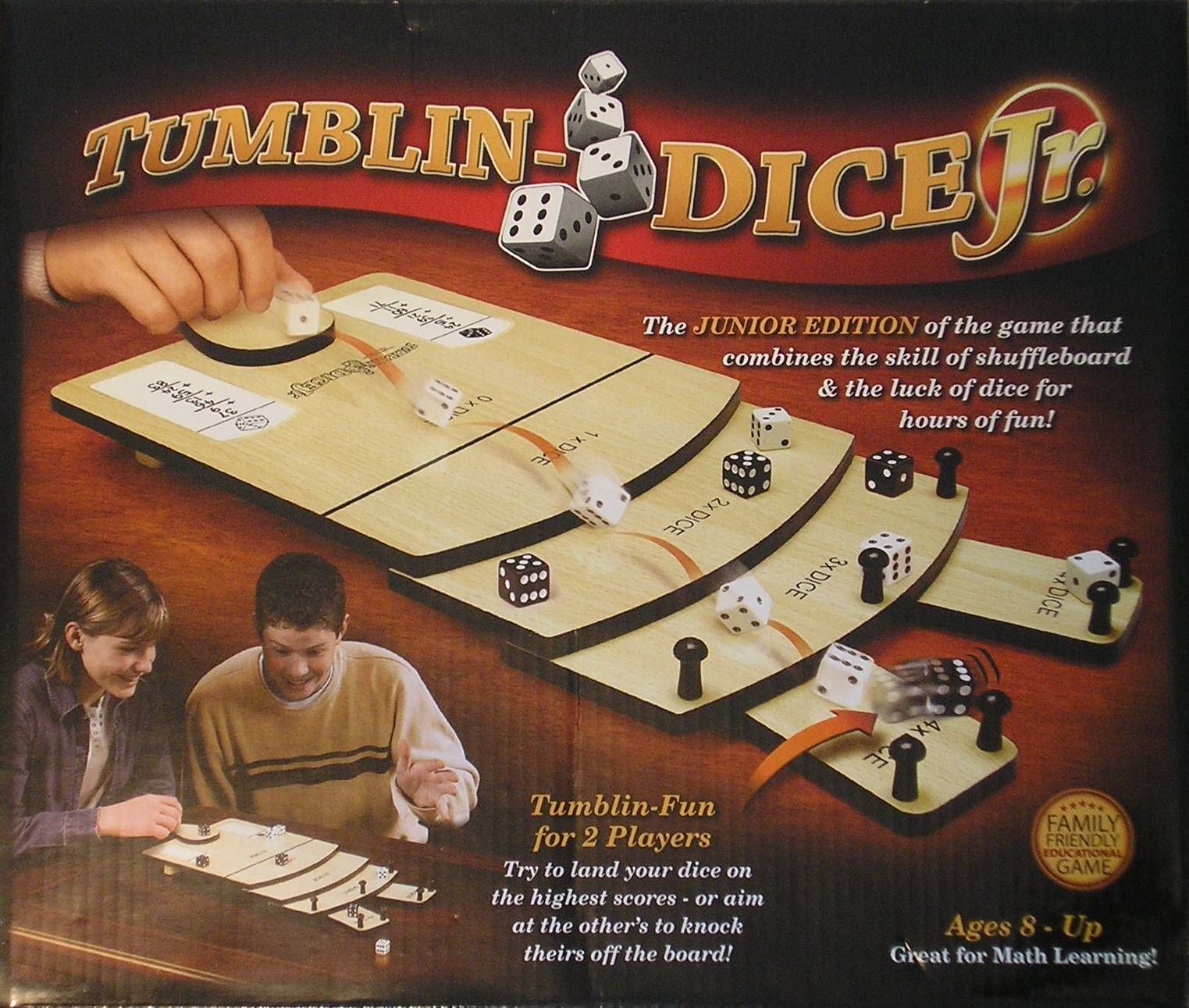 A Jr. version of Tumblin-Dice. This game uses 2 sets dice instead of 4. The board is smaller and has only two 4X areas instead of three. A dexterity dice game consisting of two sets of colored dice one either slides, rolls, or flicks down a stepped surface. Usually one slides the die for better accuracy. After each person has slid their 4 dice, points are scored. You score the die roll times either 1X, 2X, 3X, or 4X depending on which area of the board the die is on. (Dice which land in the 0X region are immediately removed from play.) High scoring rolls are targets for opponents. Four rounds are played and the player with the most points win.