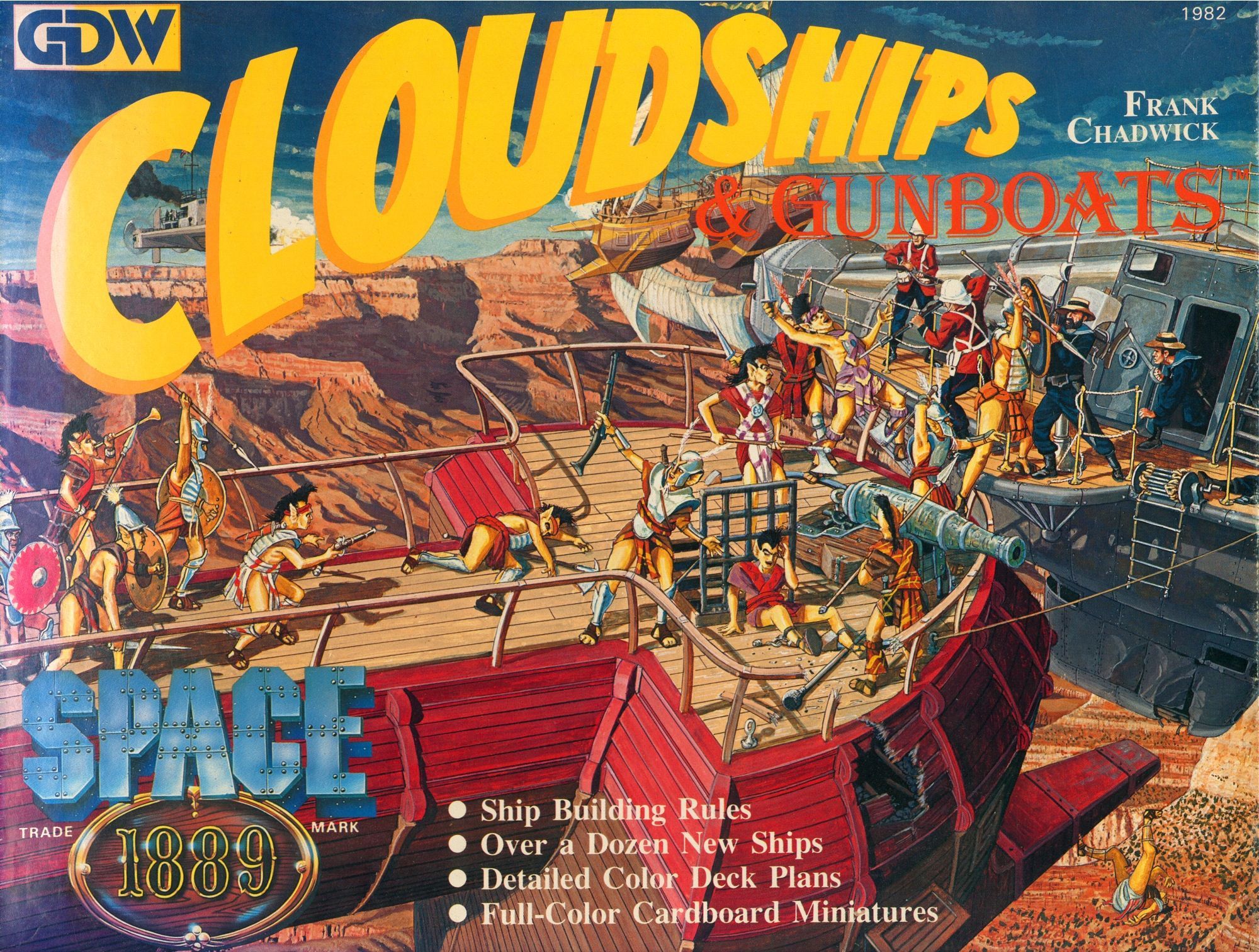 Boarding actions in the skies of space 1889's Mars with mini-scale deckplans, cardstock minis, rules, and ship diagrams. This expansion was intended to bridge the gap between the boardgame Sky Galleons of Mars and the role-playing game Space 1889. Ship to ship battles can be fought and won; but if there is an opportunity for a Boarding Actions, which were abstracted in Sky Galleons, they are now fleshed out to man-to-man, or man-to-Martian action. This allows for players to add characters from the RPG, but role-playing is not required and as a boardgame Cloudships & Gunboats can stand alone. Weapons are added, and clarified from Sky Galleons. Rules for designing your own aerial vessels are included.