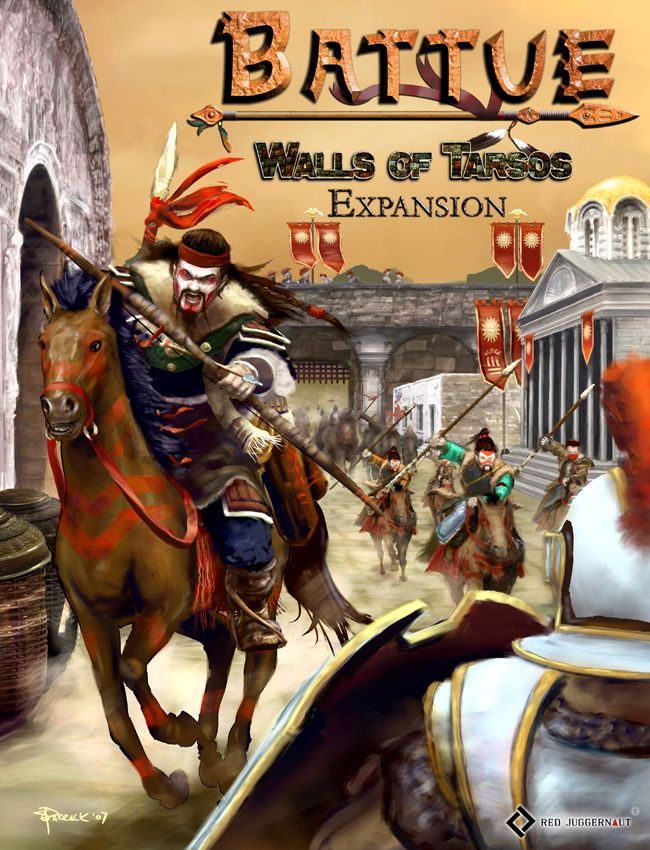 Battue: The Walls of Tarsos is the first expansion Battue: Storm of the Horse Lords. As the battle deepens, players will find new challenges to overcome and more rewards for success. Although the goal, to loot the richest sections of town to prove your right to lead the Golden Horde, is the same, the means to that end are much different. Rivals arise and defenders band together within the city to prevent the pillage. Battue: The Walls of Tarsos is an expansion to Battue: Storm of the Horse Lords, a strategy board game for 2-4 players. Players fight to claim city sections and defend them against other players while collecting the most valuable loot to win the game. Contents: • Rulebook • 8 Wall tiles • 4 Gate tiles • 4 Tower tiles • 13 Interior tiles • 8 New Event cards • 13 New Loot cards • 6 New Warriors Expands: Battue: Storm of the Horse Lords Expanded by: Templum Vulcan [promotional tile released in 2008]