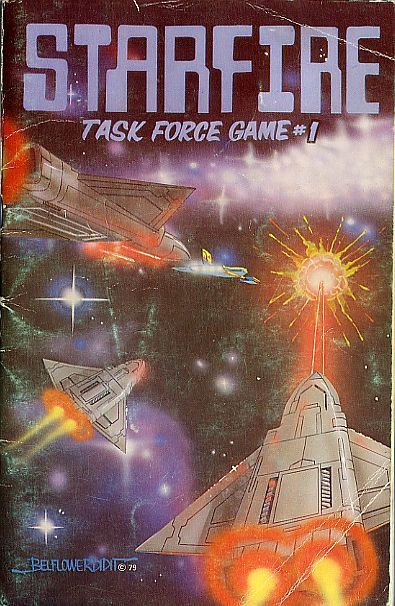 The Starfire series is a wargame which simulates combat in space at sub-light speed. Ships are made up of various combat and non-combat systems each represented by a letter (or combination of letters). A "word" makes up a ship. As damage is done between ships, letters are crossed off from left to right within the "word" until the ship is destroyed. Movement is on an "endless" hex map, and occurs in 6 impulses. Galactic travel is accomplished through "Warp Points" which connect star systems in a random manner. The game includes scenarios for a fictional future ("Future History") of the conflicts between the Terrans of Earth and the other races of the galaxy. Also included are ship construction rules for designing custom ships for open fleet battles. Re-implemented by: Starfire (3rd Edition) Galactic Starfire Solar Starfire