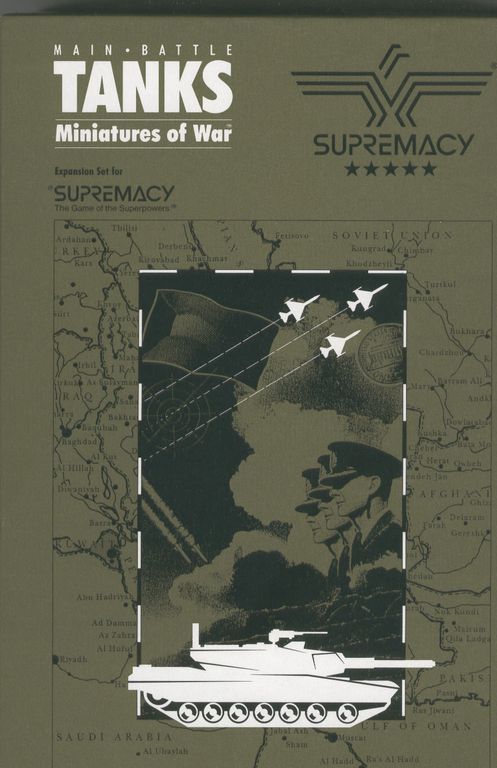 In this expansion set, there are five color-coded miniature (38mm) battle tanks for each superpower. In the beginning of each game, the players get to place one tank in any one of their territories by secretly writing down the locations and then revealing them at the same time. Each year during the Pay Salaries stage, players pay $10 Million for each battle tank to the bank or remove them from the board. Building additional tanks costs one grain, oil, and mineral unit plus $500 million to the bank. Players may build as many tanks as they can afford per year. Tanks may be driven, airlifted, or sea convoyed at any territory the player owns. The tanks add a Fire Power Rating of 5 during battles. When a player wins a territory, the opponent's tanks in that territory are "spoils of war" and now can be used by the winner. Expands: Supremacy Expanded by: Supremacy: Tanks â€“ Warlords and Pirates Blister Pack