300: The Board Game - Universal Statistics 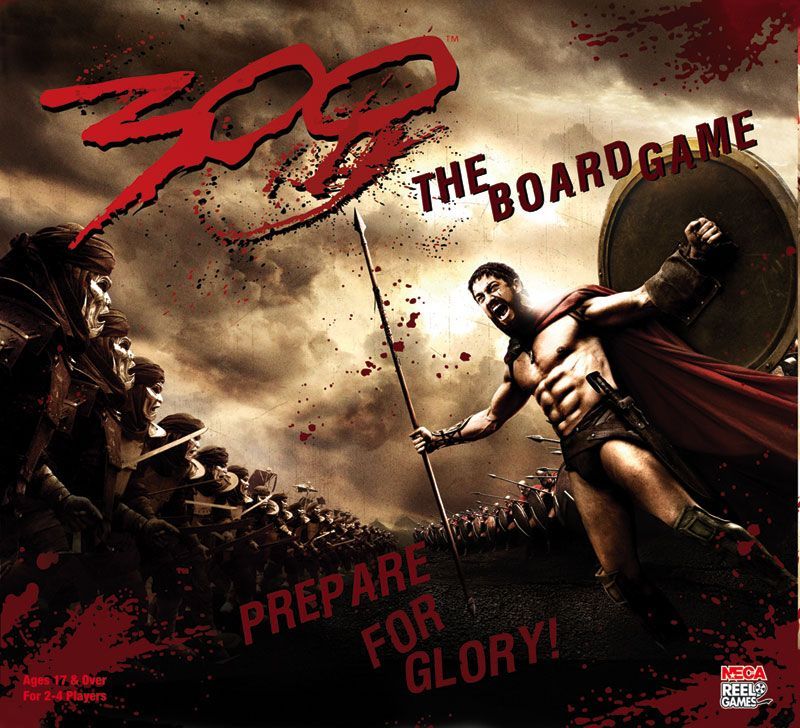 300: The Board Game is a fast and exciting way for 2-4 players to recreate the Battle of Thermopylae as depicted in Frank Miller's epic film. In the 2 player version, one player controls the Spartans and the other player controls the Persians. In the 3 player game, 2 players compete for the most Glory as the Spartans, and in a 4 player game, 2 players also compete as the Persians for the most Spartan kills. At the start of the game, the battle forces (represented by round cardboard Units) are already lined up and ready to fight at the border of the Hot Gates. Each time a Persian Unit dies, the Spartans score Glory Points on the Glory Track that surrounds the board. Spartan Units die permanently, while most defeated Persian Units can enter the game again as reinforcements. The Object of the Game for the Spartans is to score 100 Glory (or 50 Glory if there are 2 Spartan players). The Object of the Game for the Persians is to wipe out the Spartans before they can achieve their Glory, or to delay the Spartans long enough for Ephialtes to reach the end of the Goat Path (6 rounds of play). If there are 2 Persian Players, then the player with the most Spartan kills wins this game. The game uses cards and dice to simulate the action from the film. Spartan Heroes include Leonidas, Stelios, the Captain, Dilios, and Astinos. Persian Leaders include Xerxes, the Uber Immortal, and the Persian Generals. Each card simulates the action associated with a quote from the film, such as "I Would Gladly Kill My Own Men For Victory" (Persian) and "Tonight We Dine In Hell!" (Spartan). The game plays quickly (20 - 30 minutes), and is meant to be a fast diversion with a good share of both tactics and luck. Official 2-Player Variants https://boardgamegeek.com/thread/671632/2-player-variants