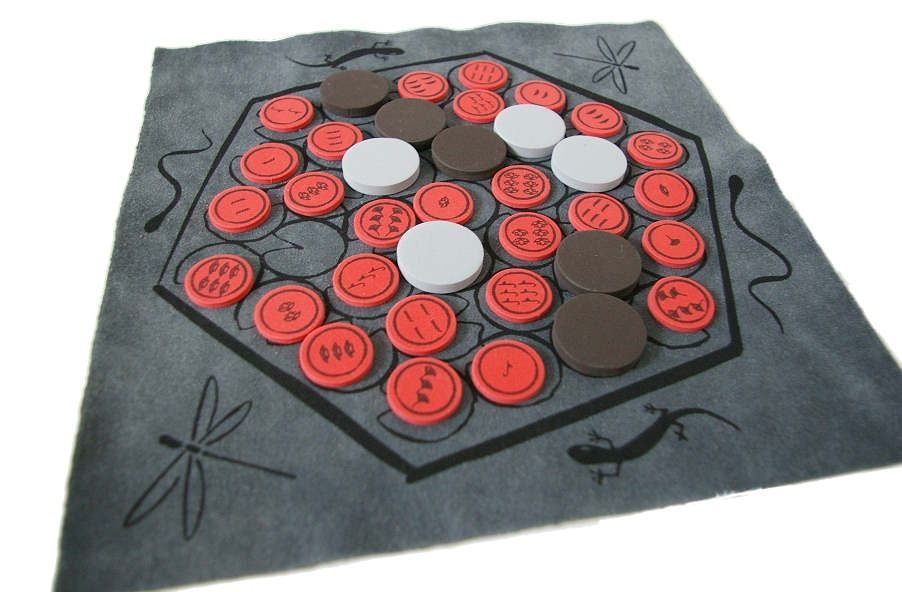 In the two-player abstract strategy game, Kamon, a hexagonal board is filled randomly with 36 tokens. Each token is valued 1-6, in each of 6 different symbols. The black player starts by replacing one of the tokens with one of their 18 pawns. The white player does the same thing, now constrained by black's choice: The token she selects must be either the same symbol or the same number. The game ends immediately when one of three victory conditions are fulfilled: A player connects two opposite edges with their pawns (as in Hex). A player completely surrounds one or more spaces - those spaces could be either empty or occupied by the opponent's pawns. A player has prevented their opponent from playing any more. Reimplemented by Okiya