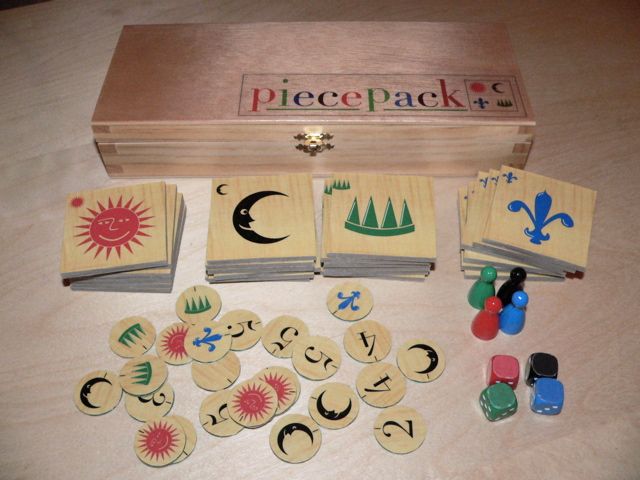 Piecepack is to board games what a Standard Deck of Playing Cards is to card games. It is a set of components that can be used to play many games. Included in each set are tiles to build the board, allowing for boards of various shapes and sizes, coins in varying suits and values, dice in suits and values, and player pawns. See Piecepack Game System for a detailed look at the system and its games. Thus far, over 100 games have been developed for piecepack sets, and since it is an open-source type system, new games appear frequently. The other interesting thing is that piecepack sets are public domain. Anyone can make one, even for profit, without paying any sort of royalties of any kind. It is generally requested that they conform to some standard dimensions, but otherwise, they are free to make and sell. The suggested Piecepack dimensions make them compatible with Looney Pyramids.