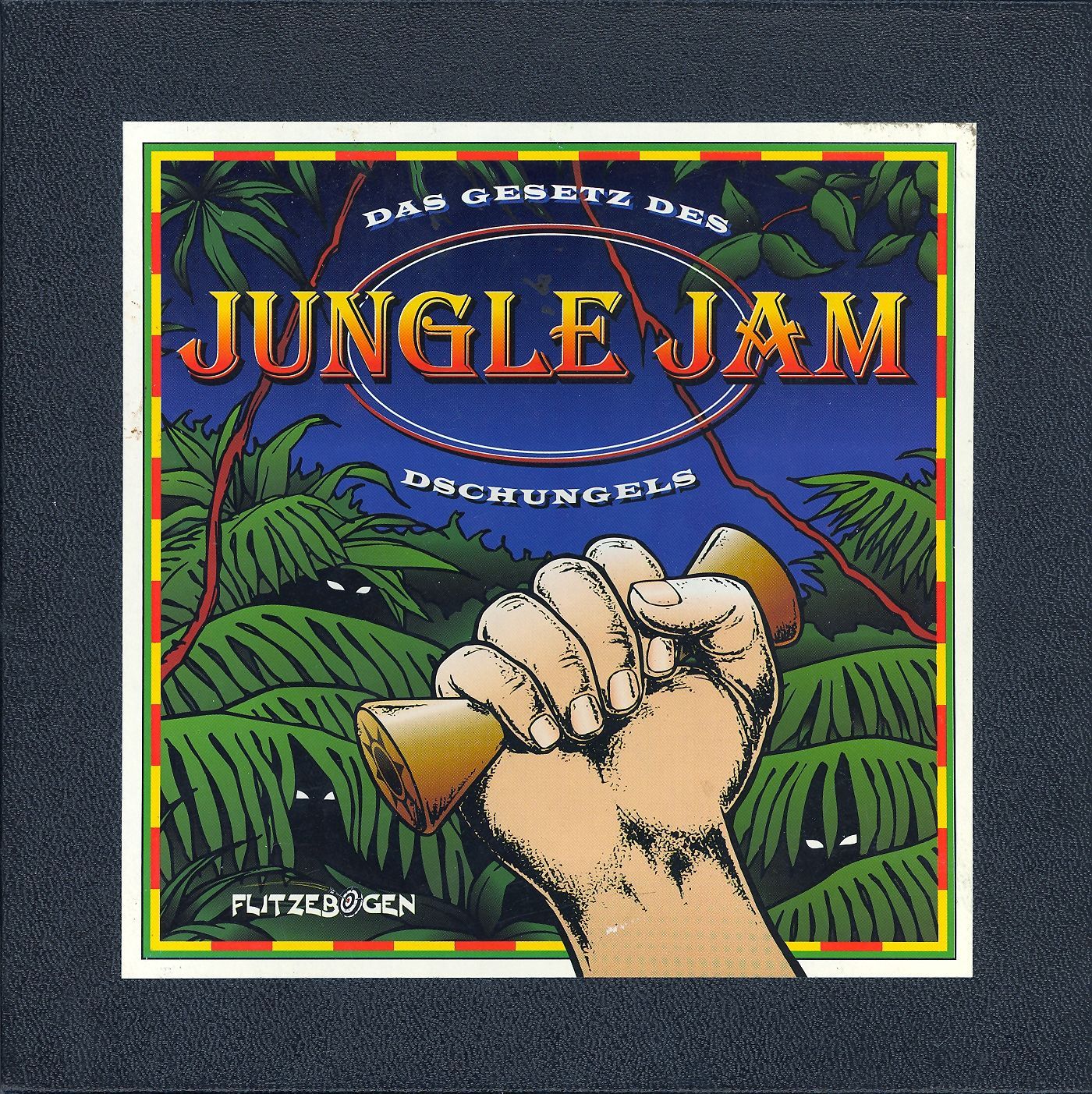 UNAUTHORIZED PRODUCTION The information that BGG has on this item indicates that Jungle Jam is a non-authorized version of Jungle Speed/Arriba!. Party game consisting of a wooden totem that is placed between the players. The players then flip up cards from their deck, and when two of the same pattern are turned up, the players with this pattern try to grab the totem. About the story of the publication of the game : In the year 1998, the german company Touchmore created and published Jungle Jam. It got released moreover in Belgium, where the Jungle Speed was not distributed for commercial reasons ; it got popular really quick there. In June 2007, the creators of Jungle Speed realized that the Joueclub located in the boulevard des Italiens in Paris was commercializing this game, and it was ready to be announced in the Christmas catalog of 2007. The case got opened the 20th of September 2007, and got the final verdict the 19th of March 2010, where Jungle Speed rights won. Joueclub had to compensated and set up a recall where they managed to get back 2/3 of the 3â€¯473 games sold, after the forbidding of the commercialization of Jungle Jam. Sources : - http://users.skynet.be/fa315353/junglejam.htm - https://www.doctrine.fr/d/TGI/Paris/2010/FRB9EAD37936B2434C0086