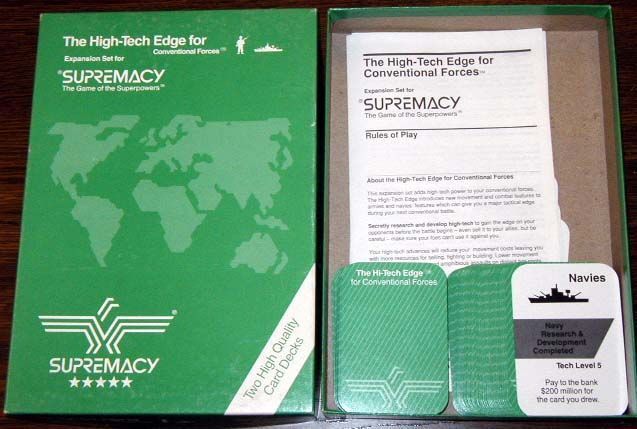 This expansion sets adds high-tech power to conventional forces by adding new movement and combat features to armies and navies. You secretly research and develop high-tech edge on opponents before battle begins. You can also sell the new technologies to your allies. The high-tech advances reduce movement costs, leaving more resources for selling, building, or fighting. The expansion contains a deck of 40 Army cards and 40 Navy cards. Each card shows a Tech Level rating from one to five. Players must declare they are researching a specific technology and draw a random card from the army or navy deck at a cost of $200 Million per card. The player keeps the card secret until it is used in battle. Expands: Supremacy