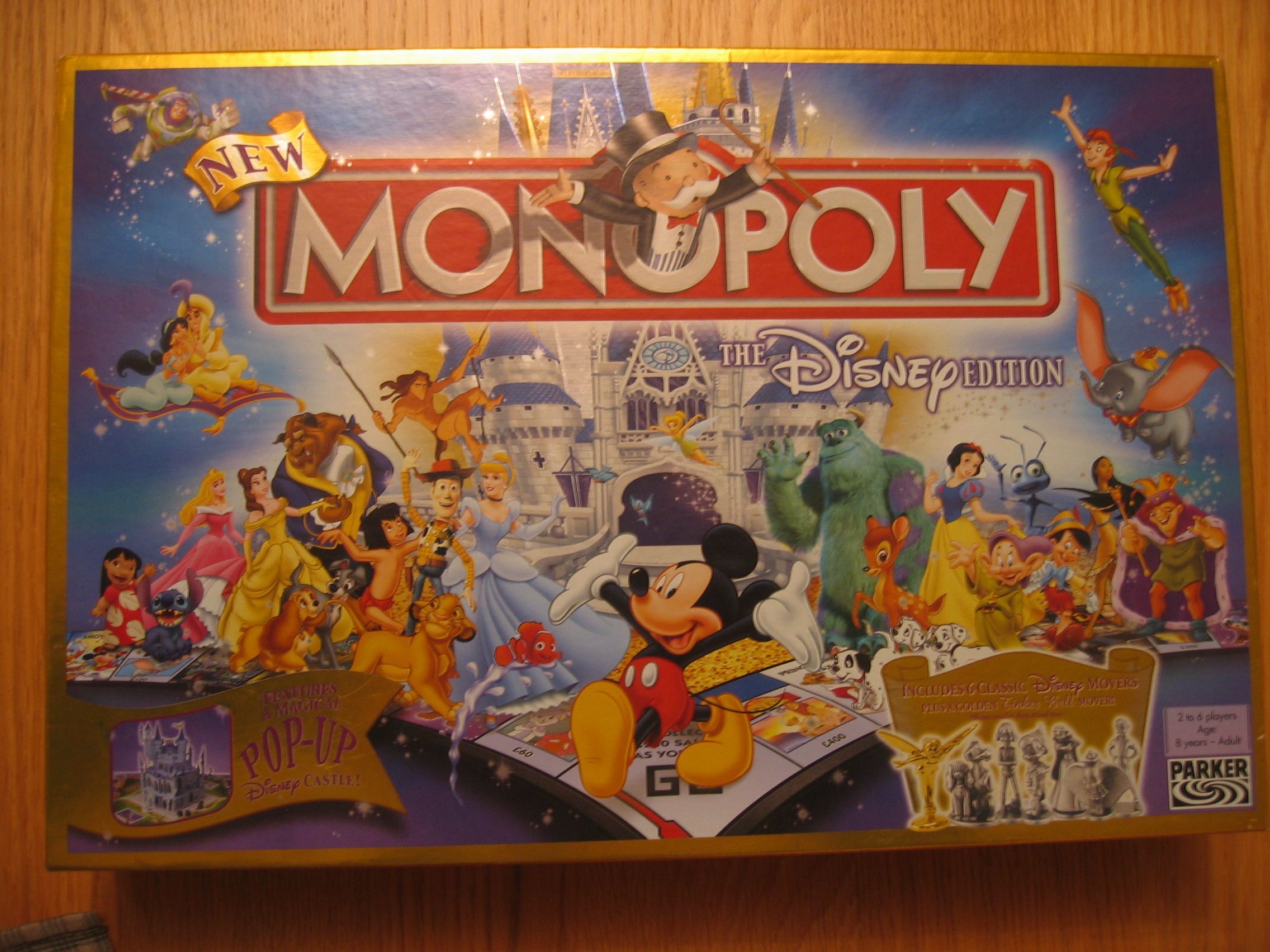 This new edition of the previous limited edition has some new features and some rule changes which alter the traditional game. 1. As well as eight (8) Collectible playing pieces, including Snow White and Pinnochio, there is also a gold statuette of Tinkerbell. In a significant new rule change, when a player rolls a double Tinkerbell advances on to the next property. If a player lands on this property and it is already owned, then the Bank pays the fine. If the property is not owned then the player purchases it for free! 2. Magic Moments and Show Time cards replace Chance and Community Chest and are pleasantly well-themed. 3. Gameboard spaces contain the Disney films as the properties you are buying. In the center of the board is a magnificent pop-up Disney-style castle. 4. Stations have been replaced by modes of transport (including Mr Incredible’s car). The ‘stations’ are linked by a ‘pixie dust trail’. If a player ends their turn on a station they can choose to move to the next station (using up one point of their dice roll) and so on to move around the board quicker (and to avoid paying rent!). 5. The traditional houses and hotels have been replaced with Fairytale Cottages and Sleeping Beauty castles. 6. It is now possible for a player to be sent to the Castle Verandah instead of to jail.