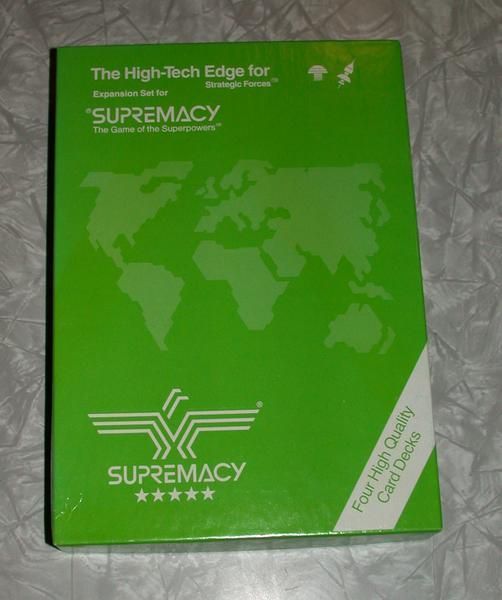 The High-Tech for Strategic Forces introduces new attack and defense features for nukes, L-Stars, neutron bombs and killer satellites. A player may secretly research and develop specific technologies to be used on, or sold to other players. The expansion contains four decks of cards with 40 cards in each deck. There is a Nuke Deck, a Neutron Deck, an L-Star Deck, and a Killer Satellite Deck. Each card shows a Tech Rating from one to five and cost $400 Million per card. Expands: Supremacy