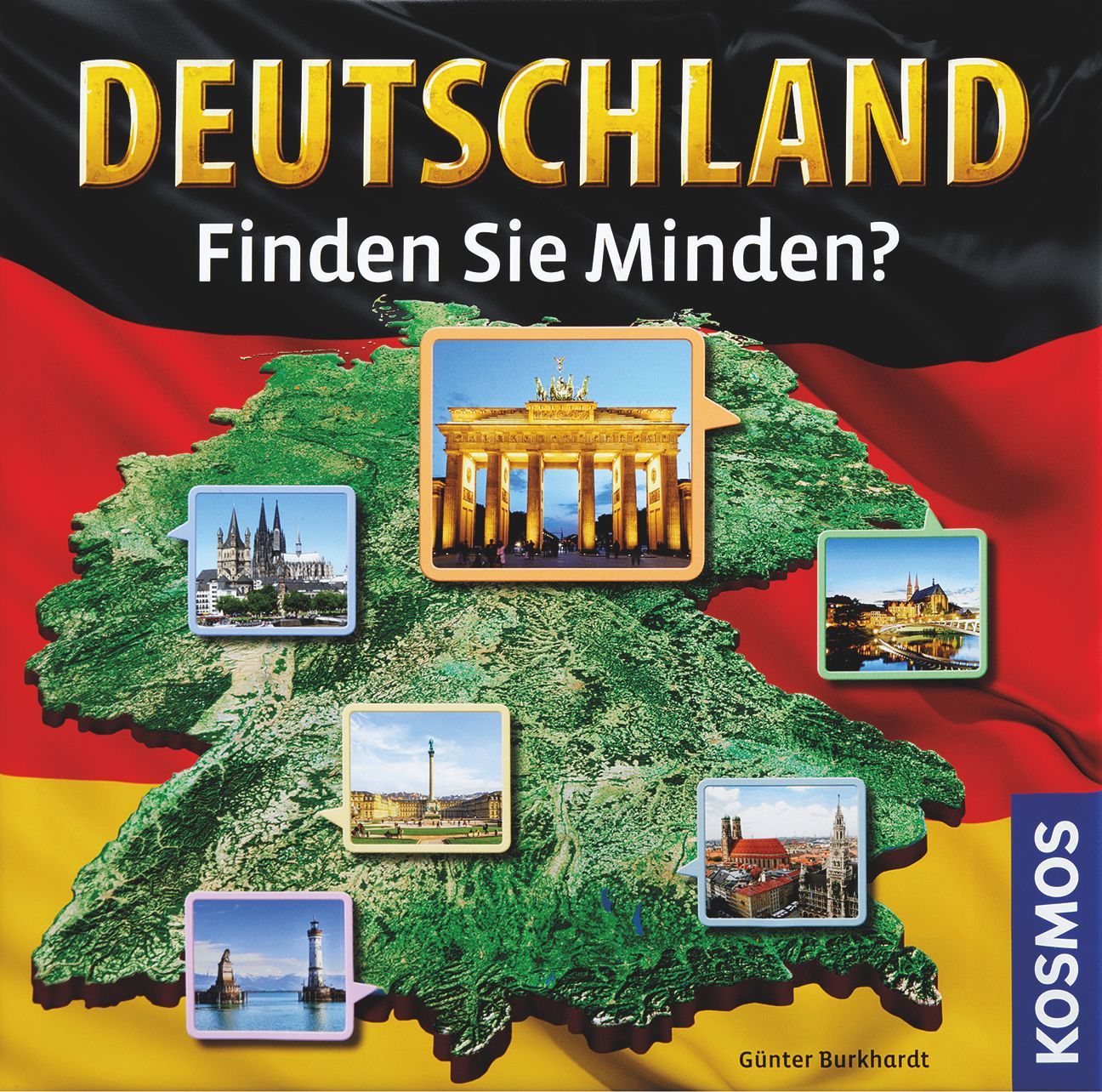 Deutschland: Finden Sie Minden is a trivia game focusing on German topography. Players draw cards describing towns, popular sights or landmarks, etc. and are then asked to pinpoint them on the game board which is a map of Germany. However, no place names are included on the map. The map is divided into several zones of varying sizes. Players can try to gain more points by choosing a smaller (thus more concrete) zone, or play it safe, by only choosing a general area (larger zone) for the location in question.