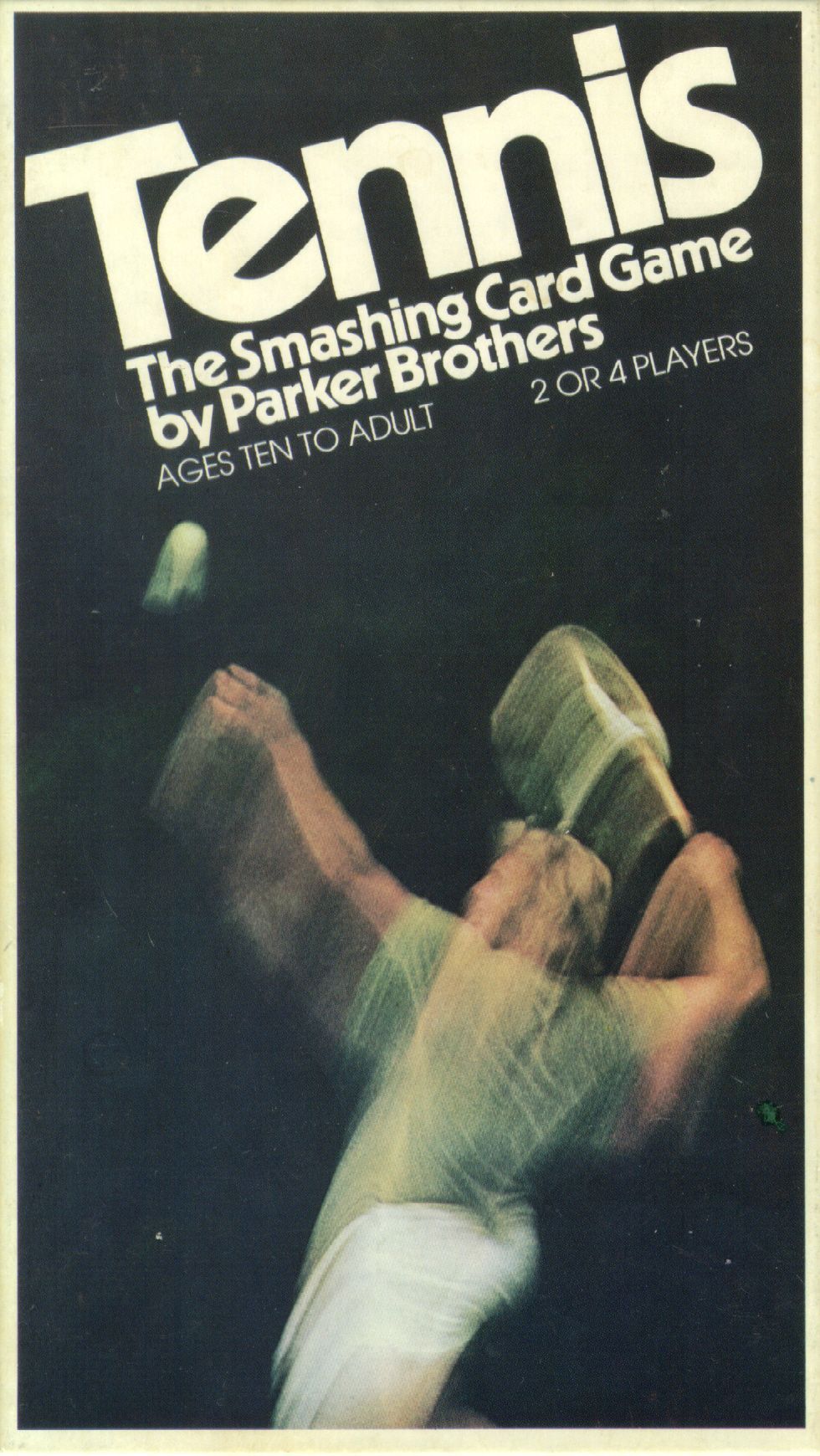 User review: The game is scored exactly as the sport: A player must win a set by a two game margin. The first player (or team) to win six sets claims victory. The game consists of two separate decks of cards: the Serve Deck and the Play Deck. Each player is dealt ten cards (or seven, when playing doubles) from the Play Deck. Players must use these cards wisely because they can not replenish their hands until the winner of the set is determined. The serving player reveals the top Serve Deck card to get the game started. An Ace card is an automatic point for the server. Revealing consecutive Fault Cards gives an automatic point to the receiving player. Revealing an In Card means the receiving player may respond with a play from one’s hand. When the game gets going each player may respond with the proper card from one’s hand. Failure to or choosing not to respond results in a point for the opponent. Components: Play Deck: 45 normal shots (5 cards for each of 9 possible shots) 2 Out 4 Smash 4 Kill 1 Ad card (not needed to play - same back as other cards but lists other Parker Bros. games to try) 56 cards total Serve Deck: 17 In 3 Ace 7 Fault 27 cards total 1 Rules sheet 1 Serve marker 1 Ball marker Tennis Court Playing Area board 1 advertisement card with Play deck backing