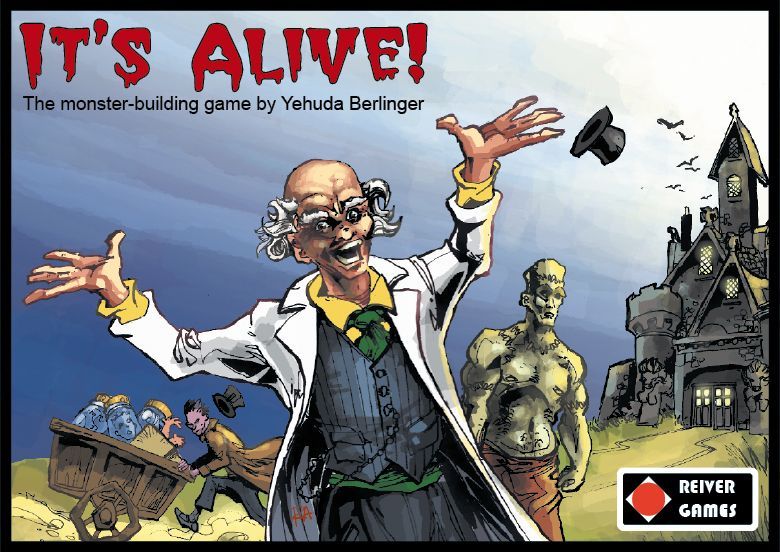 It is the turn of the nineteenth century, and mad scientists throughout Europe are competing for the infamy of being the first to create life through the power of alchemy. Using only the raw materials provided by some dubious "Suppliers to the Anatomical Trade", harnessed lightning, and the services of a motley crew of unattractive servants, in It's Alive! you race to collect the eight body parts needed to create your monster and bring it to life. Unfortunately, the local peasants are particularly clumsy and tend to die in freak farming accidents, so the dubious gentlemen rarely find a whole cadaver in sufficiently good condition. Instead, they offer the parts they have managed to salvage. Each turn, you may buy the offered part, sell it to an anatomist for a meager profit, or auction it, trying to get a better deal or rip off your opponents. You might be lucky and get a coffin with a weakling clerk's cadaver in it, which can be used in lieu of any strapping villager's body part, or your involvement in the macabre trade might invoke the villagers' wrath. Reimplements (and reimplemented by) The Menorah Game