Some Poles Apart: The Battle of the Westerplatte - Universal Statistics 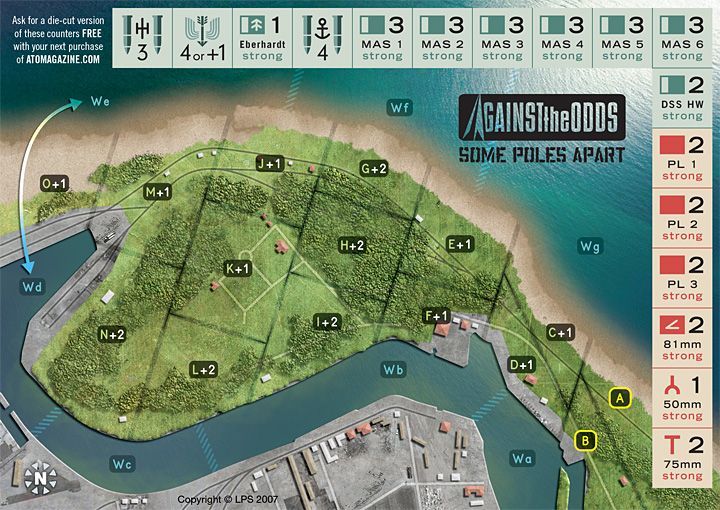 Some Poles Apart is the second game in the Pocket Battle Games series from LPS, Inc., released to promote Against the Odds. Some Poles Apart takes a close look at a fascinating and almost unknown action from the opening days of WWII, when a small group of Polish troops earned full "Honors of War" from the Nazis for an amazing defensive stand they made in a Polish military storehouse on Westerplatte, a peninsula in the then Free City of GdaÅ„sk.