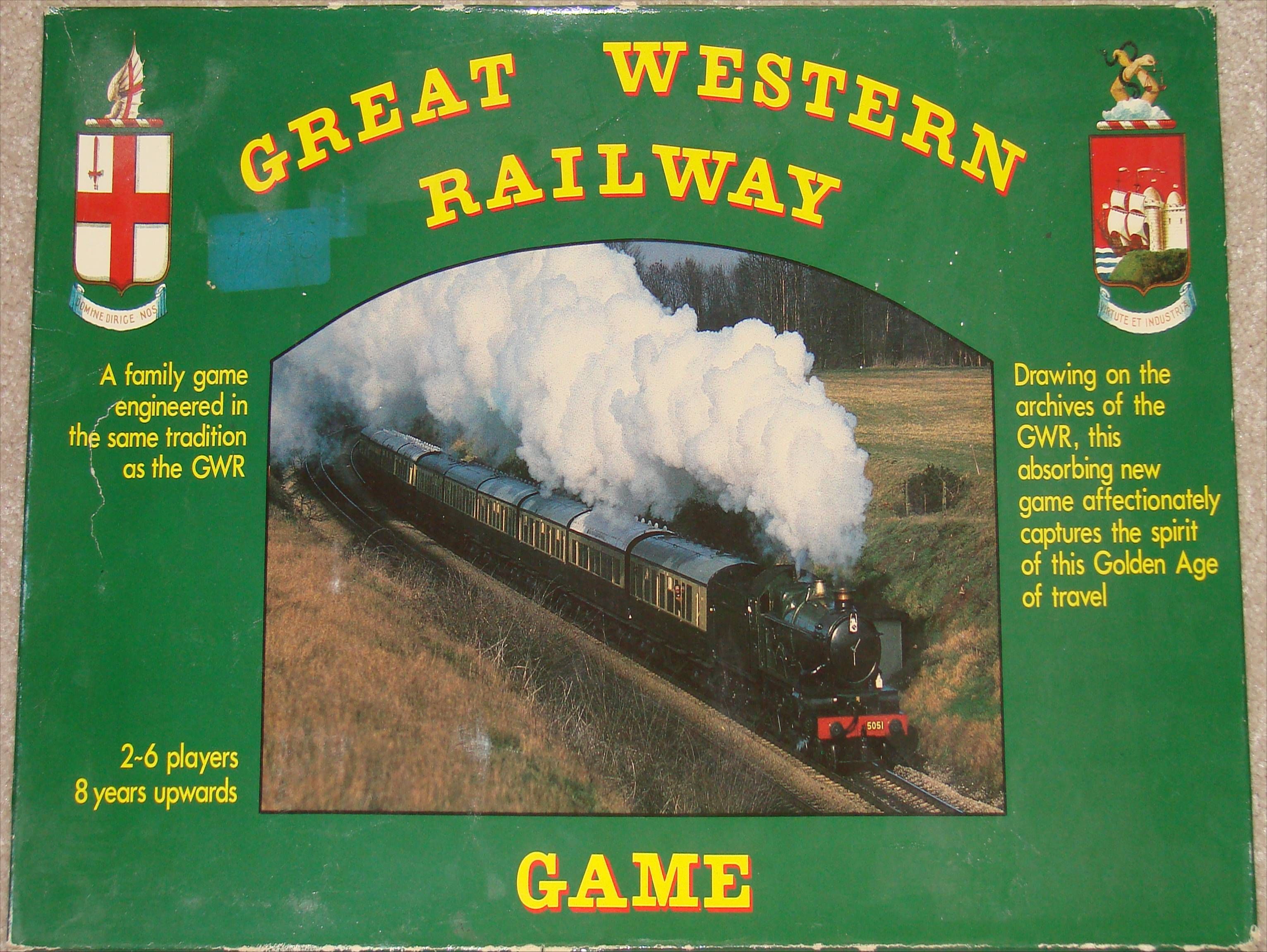 The Great Western Railway (GWR) was one of the earliest railway companies, founded 1835, and built largely by the great British engineer Isambard Kingdom Brunel. It ran from London to the West Country & Wales, and was nicknamed God's Wonderful Railway. This game was produced as a 150th anniversary edition by Gibson Games (and re-issued later) and has a jigsaw board showing the rail network and a deck of 80 cards in coloured sets. Players move their tokens around the main lines and branch lines, collecting, swapping and forfeiting cards to get sets. Movement is determined only by the lines and junctions. The rules say the game was inspired by a railwayman Richard Morris, but the board shows copyright Sara Finch & Leslie Scott. 5,000 copies were made, each with a serial number on the rulebook. A subsequent print run was not numbered and had a few minor changes to the rules.