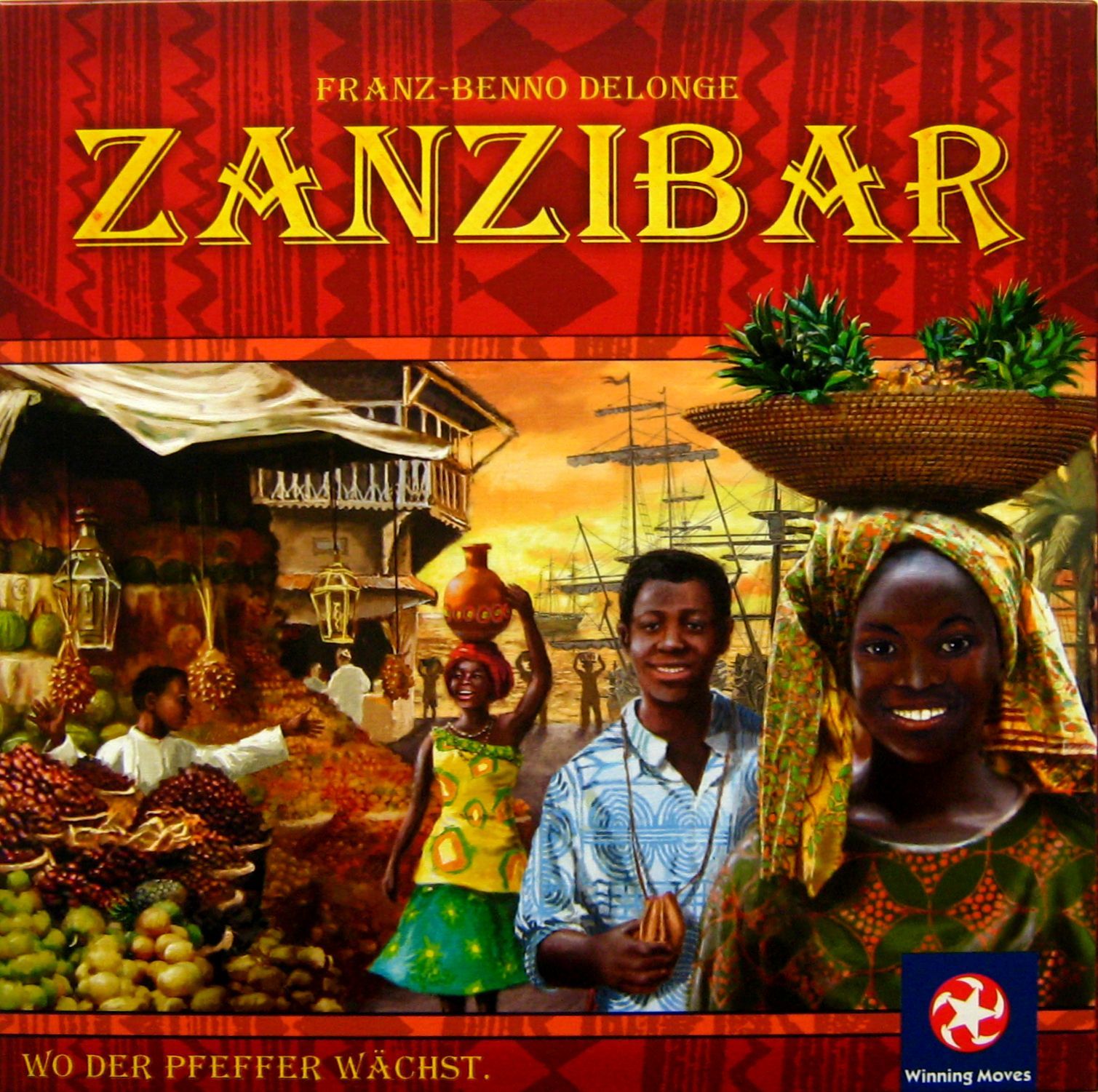 The newest game in Winning Moves Deutschland's series of small square boxes (Spielvergnügen im Quadrat). Each player has a similar deck of 10 tasks but only two cards are in hand at a time. Each player also has up to six merchants (depending on the number of players) of different height and with different numbers on them, which are distributed over the islands and seas of Zanzibar. After the inital set-up, the players draw their two hand cards, and have to fulfill the tasks on these (either to occupy as many spaces in a certain area as possible or as many places with a certain spice scattered all over the island). The merchants have different characteristics. For example, smaller ones are faster but the larger ones are stronger, so they can displace them. Points are gained by fulfilling tasks. The better you fulfill the task, the more points you get. But you also have to decide, wether to reject a task or score quickly, even if you get negative score, just to get a better task and force the game to its end. Each player must also reject one or two tasks (depending on the number of players) during the game. The game ends when one player has fulfilled 9 (or 8 with 4 or 5 players) of his tasks. The player with most points wins.