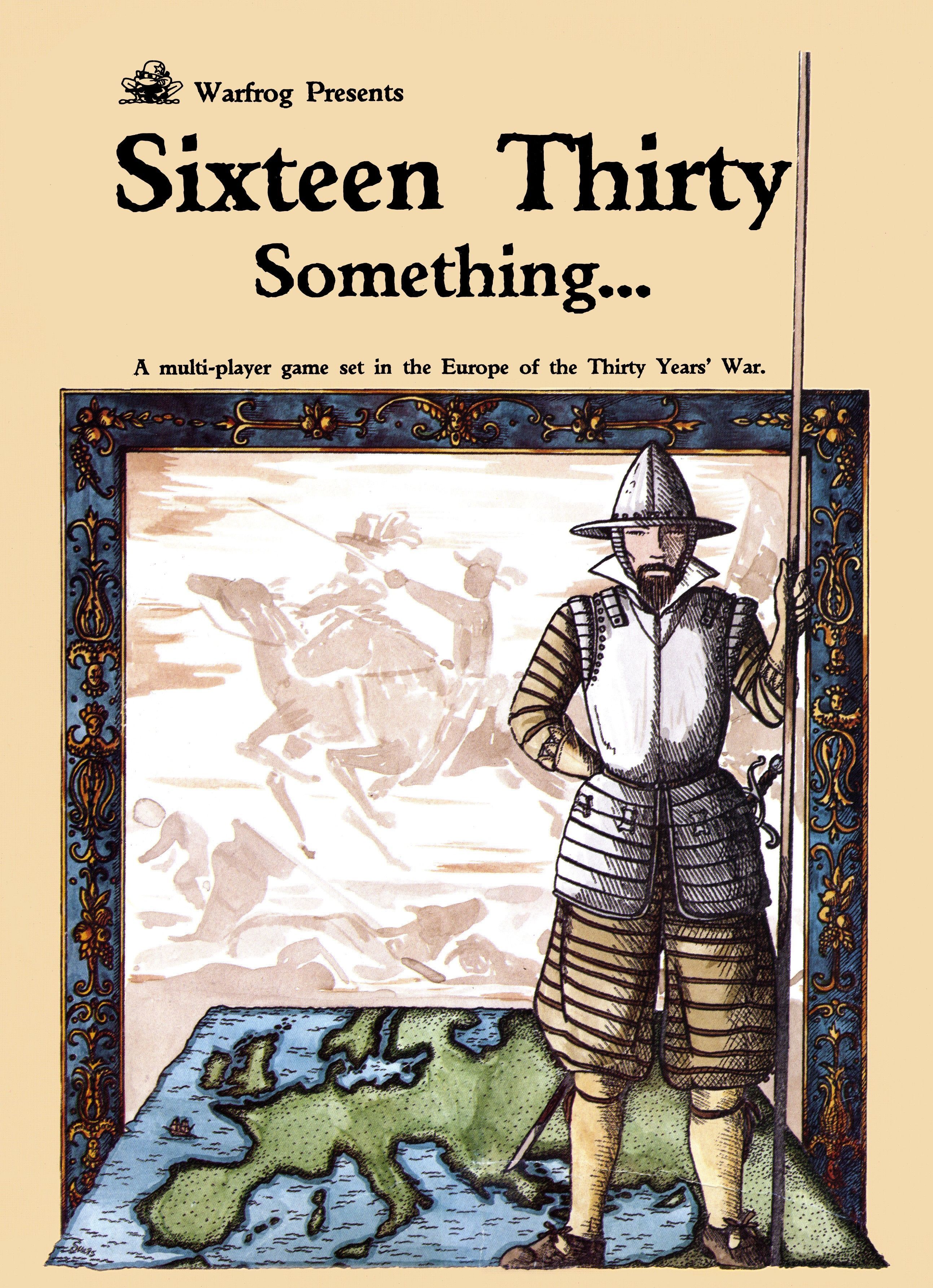 “Sixteen Thirty Something…” is a game based on the changing political and military situation during the early Seventeenth Century, the time of the Thirty Years War. It deals in an abstract manner with the formation of factions, campaigns, warfare and internal power struggles. As a player you take on the role of leading one of the new financial dynasties that arose during that time, with a portfolio of investments across the continent and some influence with the Crowned Heads of Europe. You and the other players use your influence in different nations to sway the Crown into taking action that you hope will improve your fortunes or perhaps hold back your competitors. Game Components: 112 Cards 154 counters Game Board Rules You will need some 6 sided dice, preferably 4 although you can get away with just 1. The Files section contains a revised and downloadable version 2 of the game, with pdf files that will allow you to print out and assemble the complete game for yourself.