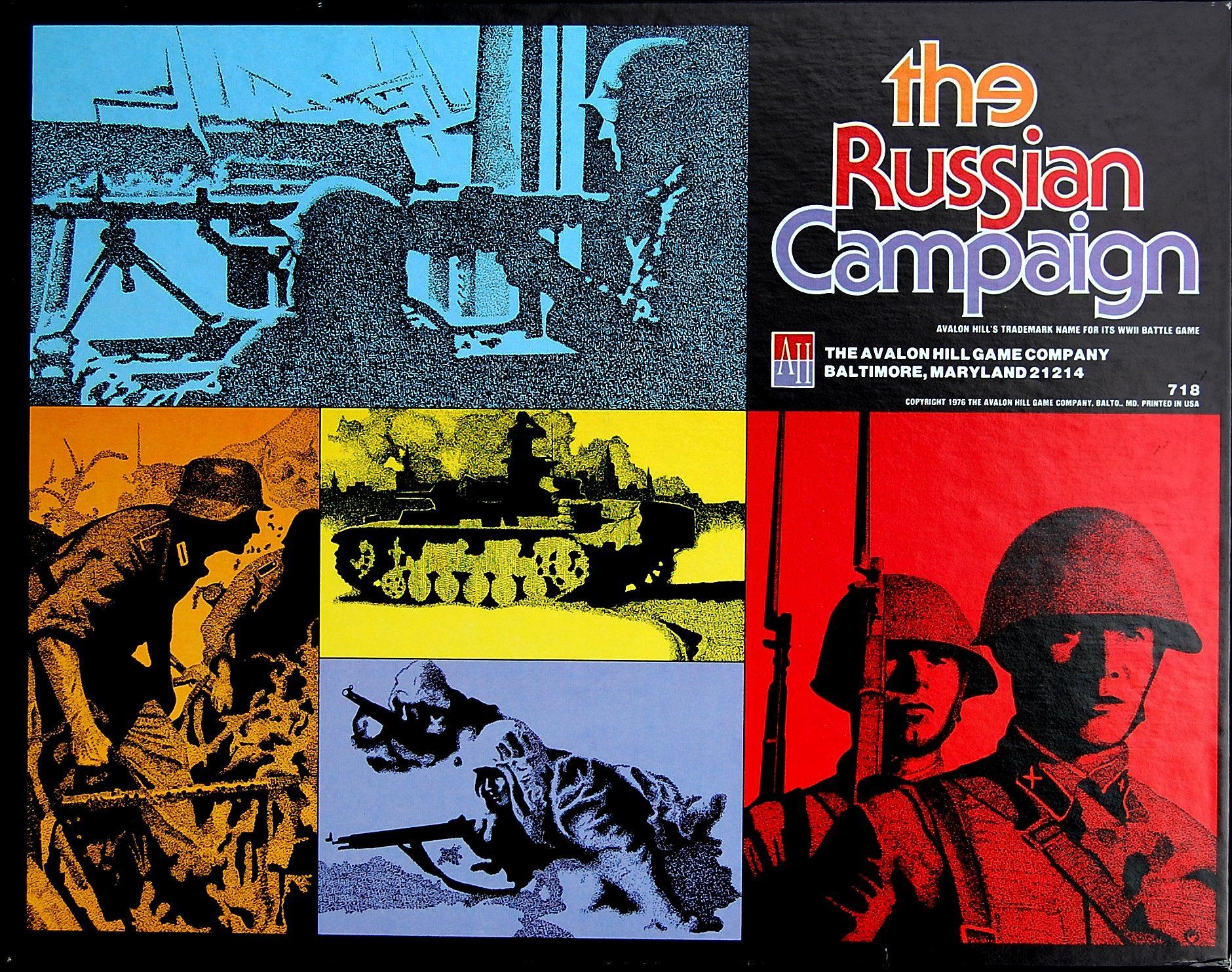 On the 18th of December, 1940 Hitler issued Fuhrer Directive No. 21, code named Barbarossa, which stated: “The Soviet Union is to be crushed in one swift campaign before the war with England ends.” On the 22nd of June, 1941, Barbarossa was finally launched. Over three million German soldiers, most of them veterans of the campaigns in Poland, France, and the Balkans, began a blitzkrieg style of invasion against two million Russian defenders. The initial advance was fantastic. Hundreds of thousands of prisoners were taken and the motorized divisions began to outrun the rest of the army. The Germans reached the gates of Moscow, victor in sight. Then the winter came. RUSSIAN CAMPAIGN has been universally acclaimed as one of the finest wargames around. With the ease and playability of the 'Classics', the game also conveys the feel of the actual campaign and is exceptionally accurate historically. Both players will have to use the subtle skills, advantages, and tactics of their historical counterparts to win. Game features include rail movement, sea movement, invasions, stukas, partisans, automatic victory, SS units, sudden death victory conditions, and double impulse movement capabilities. Seven scenarios break the total campaign down into its most important battles. A 22" x 28" mapboard, various playing aids and charts, and a twelve-page rulebook. On every gamer's top ten list, this one belongs in every gamer's library. AVALON HILL COMPLEXITY RATING: 4 (On a scale of 1-easy; 10-hard) Playing Time—Six Hours or Less The inspiration to Russia Besieged. The fourth (and fifth) editions of this game have a different game entry, as does the Designer Signature edition. https://boardgamegeek.com/boardgame/10156/russian-campaign-fourth-edition https://boardgamegeek.com/boardgame/208974/russian-campaign-designer-signature-edition