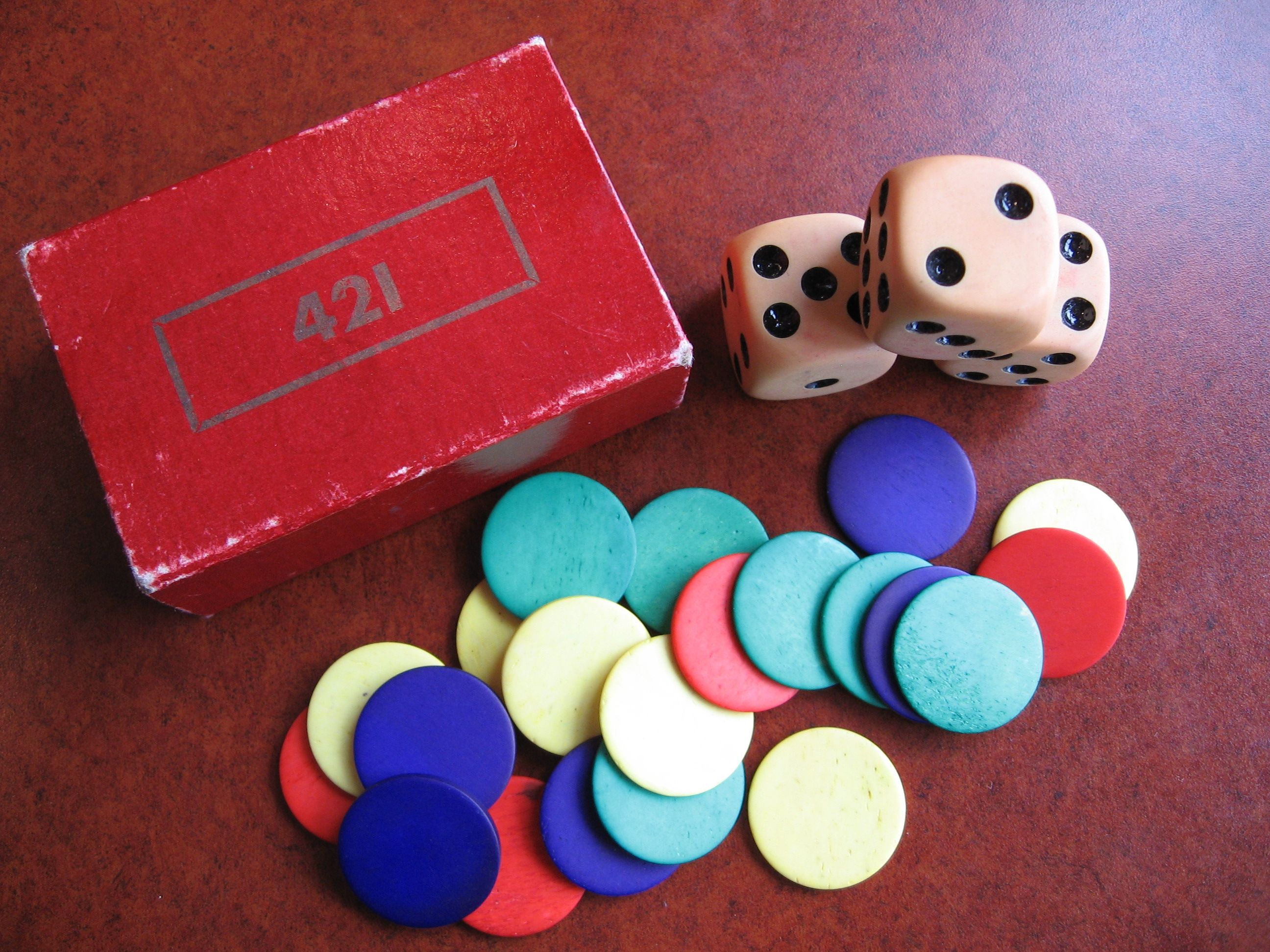 This game is popular in Europe. It is played with three dice and it is not uncommon to find special porcelain boxes, marked with the dice numbers 4-2-1. Play starts with the first player rolling the dice and then making a hand. The player can roll again to better his hand but if he only rolls once, all other players following only get one roll to make a hand. The player at the end of the round with the best hand gets a point. Typically this game is played 10 rounds and the highest score at the end wins. Hands rank as follows: 4-2-1 (Scores double on first roll) Three of a kind 6-6-6 highest to 1-1-1 lowest Two of a kind plus a backer 6-6-5 highest to 1-1-2 lowest no matches 4-5-6 highest to 1-2-3 lowest