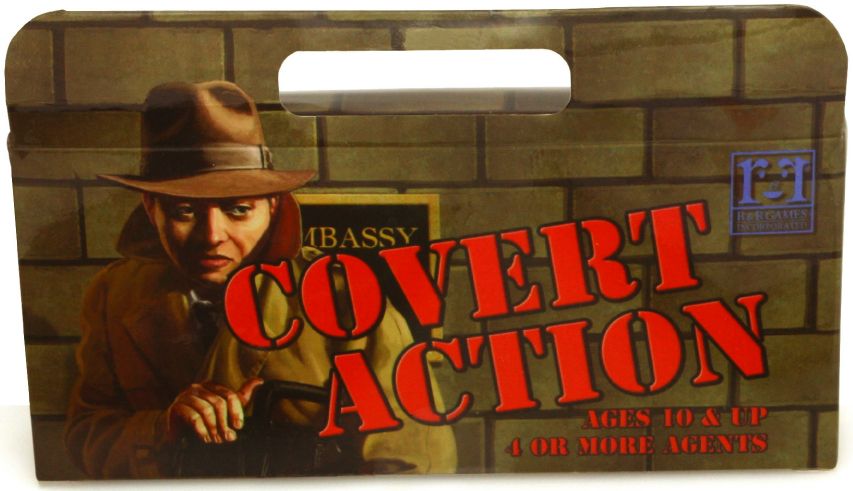 From Boardgamenews.com's Eric Martin: Covert Action, which handles 4-18 players, is aimed squarely at the Werewolf crowd. Players are part of a covert team (red, blue, green) that must eliminate one member of an opposing team, but your target is a mystery. At the start of the round, players are randomly dealt a card that depicts one of four characters: sniper, agent, cleaner, mole. The sniper of one team must shoot the sniper of another team to win that round. Problem is, you have to figure out who to shoot without being shot yourself. As for the other characters, the mole is secretly working for one of the other teams, the agent makes the other team lose if he is shot, and the cleaner must make the shot if the sniper isn’t a part of the team. (Two cards are randomly thrown out each round, so a team’s sniper might be out of play. The cleaner needs to figure this out by talking with his teammates, but since all discussion is open, they still need to be covert in their talk.) Members of the winning team (or teams, when three teams are in play) receive a score card, and the first player (or players) to receive four cards wins the game. Teams are randomly determined each round, so your back-up man one round may be your target the next. Covert Action sounds utterly simple, yet is difficult to describe succinctly. I look forward to seeing how Frank makes everything clear in the rules.