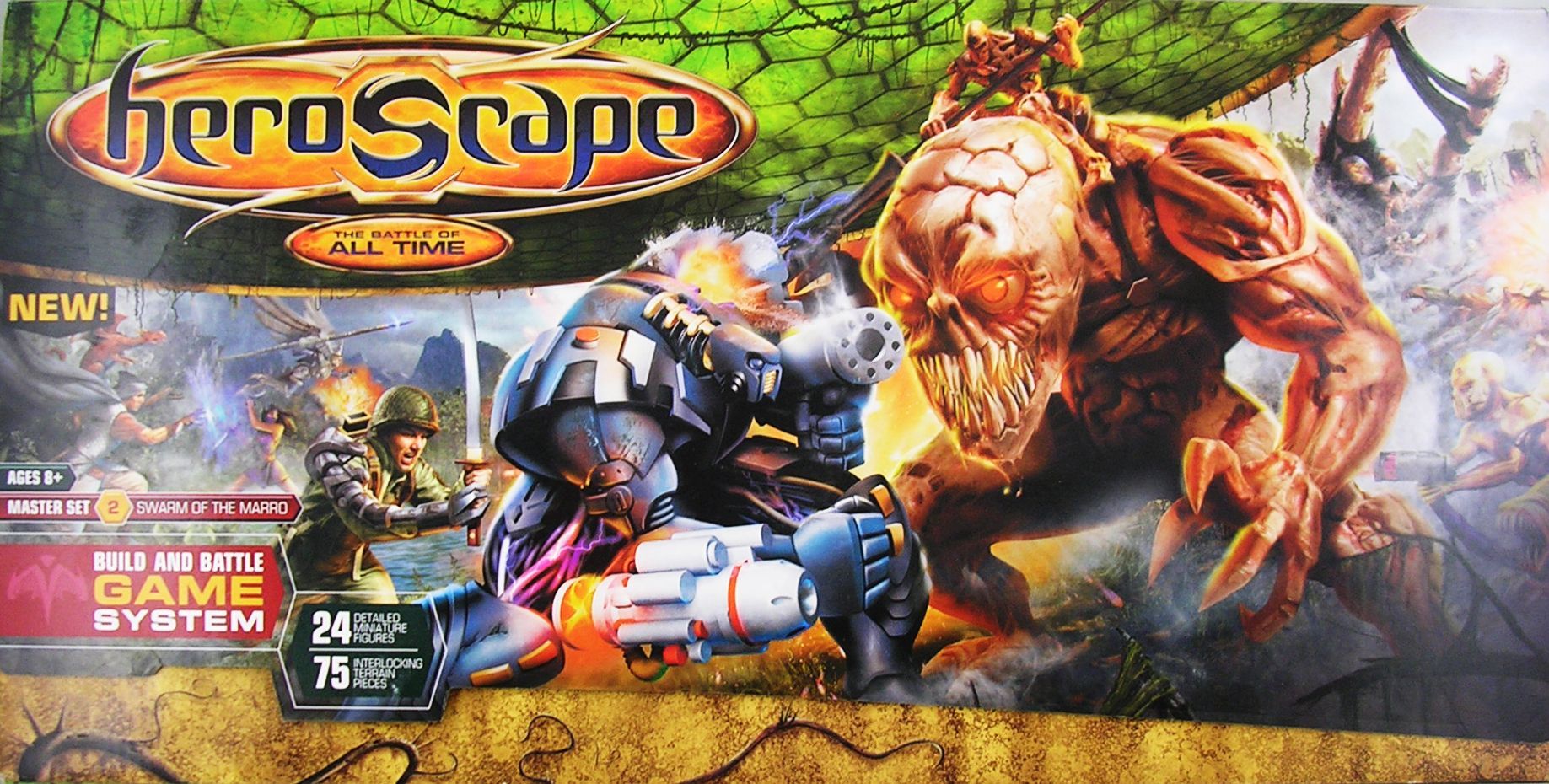 The second Master Set for the HeroScape series of games. Many different battlefields can be built by attaching and stacking the tiles. Each unit in the Master Set has a movement rating which is the number of hexes it can move in a turn. Moving up a level counts as a hex; moving down does not incur that penalty. Moving down more levels than your height when moving from one hex to another counts as falling and you might take damage - unless you are falling into water. Combat in the game is fairly straightforward. You roll attack dice as listed on your unit's card under attack, and the opponent rolls defense dice equal to the defense number on their unit's card. Skulls rolled in excess of shields count as wounds. When the number of wounds equals the unit's life value, it is killed and removed from the board. The master game uses a point system in which players alternate drafting cards until they reach the pre-assigned point value for the scenario. It's possible to bring a "pre-fab" army to the battle in order to save time. The game is eminently customizable, with many expansions which add more abilities, terrain, and options. There are also user-created maps, scenarios, custom units and advanced rules available online. From the publisher: For years the Marro have been summoned to Valhalla to expand the will of Utgar at all costs. But rumors are spreading that within the uncharted jungle there is an even greater menace waiting. A great Marro Hive, hidden deep within in the jungle swamps and treacherous rock is continuously spawning new savage predators. These creatures, said to be venomous Marro, perhaps even Hivelords, will emerge from their colony and contaminate the world. Includes 24 detailed miniature figures and 75 interlocking terrain pieces. This new Master Set includes everything you need to start your own adventures in the Heroscape world of Valhalla! There are 2 new Terrain Types: Swamp & Swamp Water, as well as more Grass, Sand, Rock, and Water tiles to add to your existing Heroscape battlefields. Also included in the set are 7 Unique Heroes, and 3 Common Marro Squads. However, the big news is the inclusion of the Marro Hive. The Hive has special powers directly relating to Common Marro Squad figures.