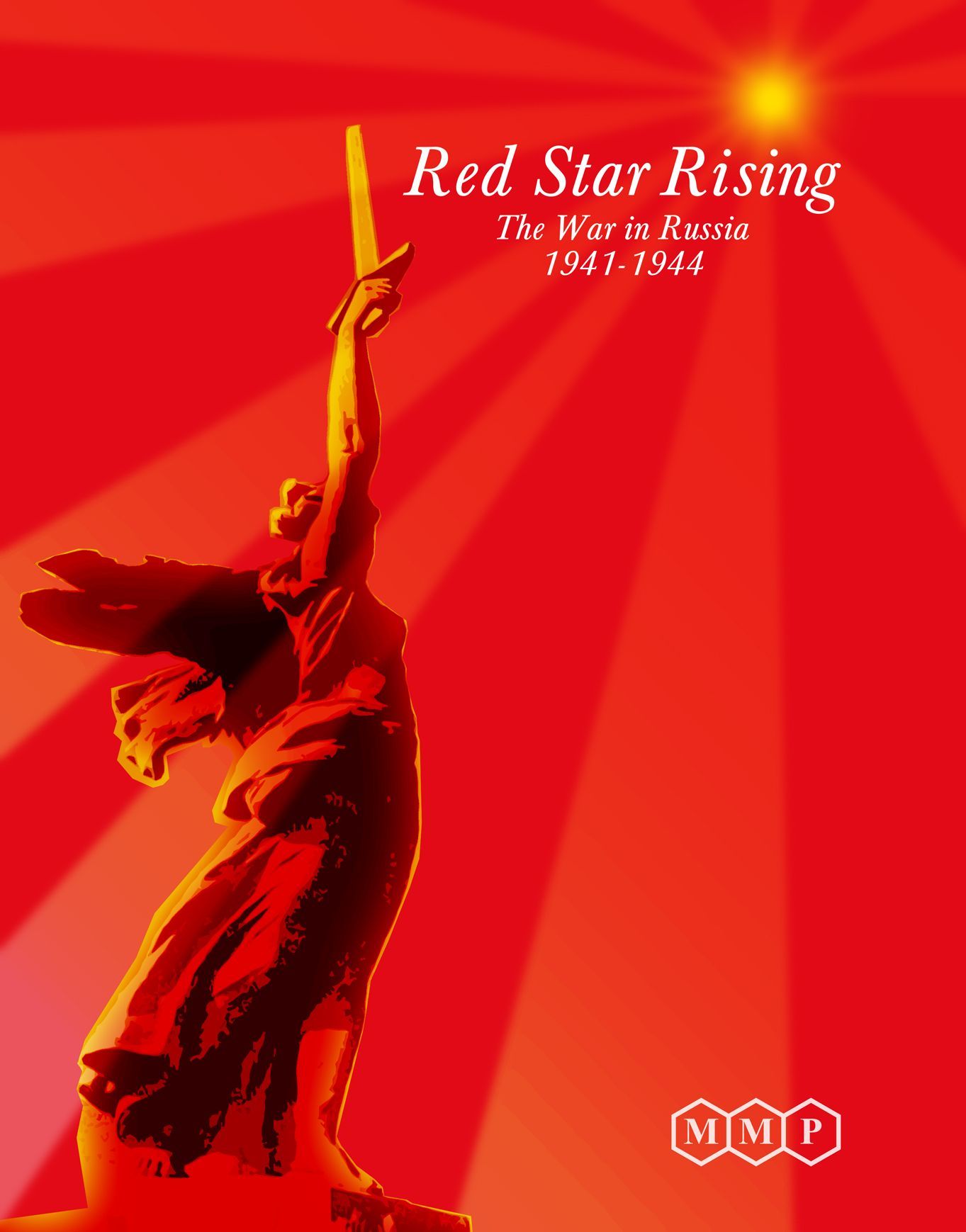 Red Star Rising: The War in Russia 1941-1944, is a wargame of the Eastern Front in World War II from the German invasion of the USSR in June 1941 until the end of April 1944, when the expulsion of the Axis powers from the USSR was all but assured. One player plays the Germans and their allies (the Axis) and the other plays the Soviets. While paper and cardboard cannot possibly simulate a large-scale war, this game does attempt to model some of the significant aspects of the conflict, and also give the players an idea of the problems their historical counterparts faced. Masahiro Yamazaki has long been considered the East Front specialist in Japan. His games - including the excellent Stalingrad Pocket by the Gamers - have been enjoyed by English gamers since 1992. Now, for the first time, MMP is very proud to present his ultimate vision of the War in Russia. With over 10 years of development and expertise, Masahiro has culled all of his talents to give you the finest game on the entire Eastern Front of World War Two. Red Star Rising is part of the International Games Series (IGS) from Multi-Man Publishing (MMP). Using a variant of the popular Victory in the West chit pull system, but with some very novel twists, Masahiro presents the theater as never before. If the Soviet player can weather the Nazi storm, she will rise from the ashes and become the powerful enemy that defeated Germany. You will see the tables turn as in no wargame before. Game Scale: Turn: 2 weeks to 2 months Hex: 22 miles / 35 kilometers Units: Corps/Division for the Germans; Corps/Army for the Soviets Game Details: Solitaire Playability: High Complexity Level: Medium Players: 1 or more Playing Time: 3-30 hours