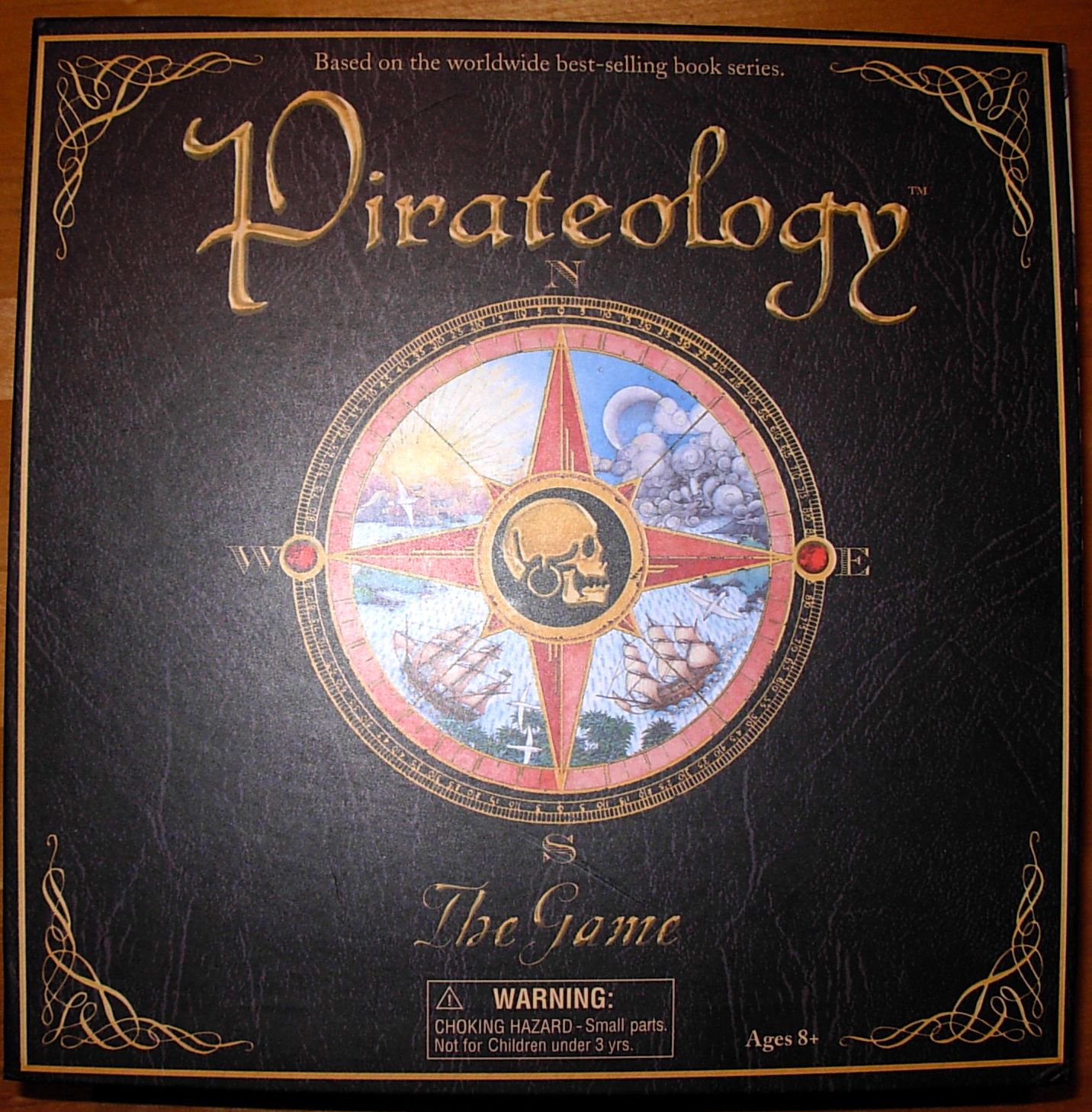 Ride the rough seas in your quest to hide gold and out-smart, out-battle and ultimately out-live your opponents. Engage in piracy and battles aboard ships in this game of pirate greed and deceit. Avoid being castaway or losing battles of Liar's dice to become the pirate with the most booty and win the game! Five sculpted Pirate Play Pieces and Pirate's respective ships, 50 gold coins and a 3D Sculpted Skull Bank included. Inspired by the book by Templar Publishing, Pirateology: A Pirate Hunter's Companion.