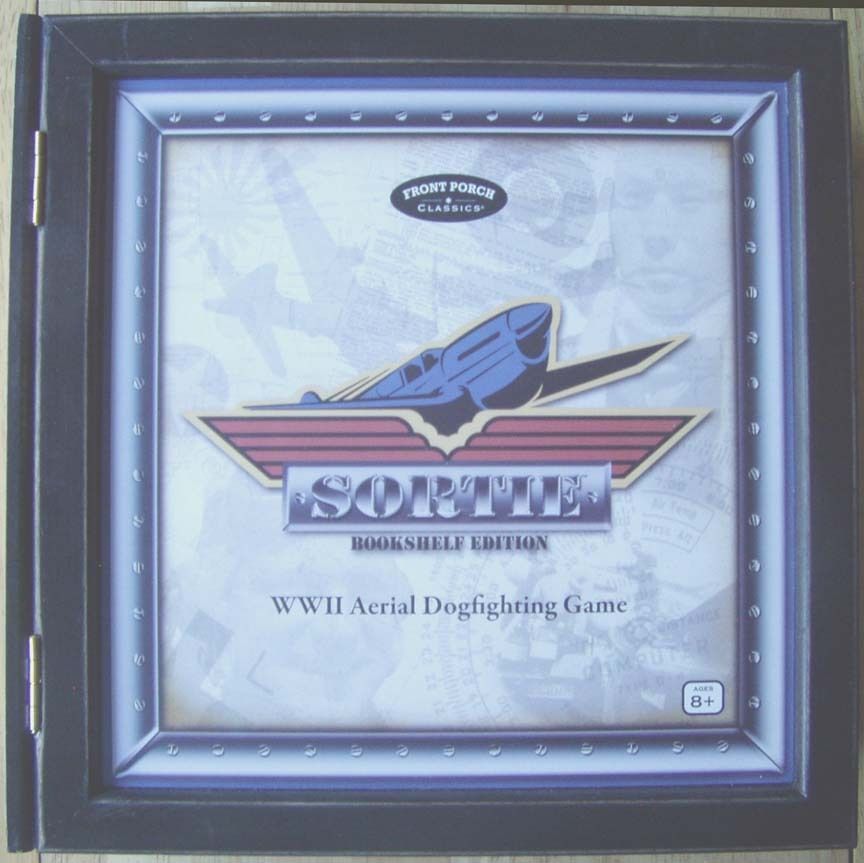 From the Front Porch Classics Press Release: The year is 1943. From Asia to England, and all places in between, Axis and Allied pilots put their daring, skill and nerve to the test in a fight for air supremacy; the prize being nothing less than the fate of the world. In Front Porch Classics’ new adventure game Sortie, players simultaneously play cards that authentically simulate the thrill and exhilaration of World War II dog fighting. Cast metal planes, a segmented wood playing surface and more than 100 playing cards combine to give you a taste of what it was like behind the cockpits of the fighting machines of yesteryear. This dog- fighting game comes packaged in an elegant all wood book-style box. For two to six players, ages eight and up.